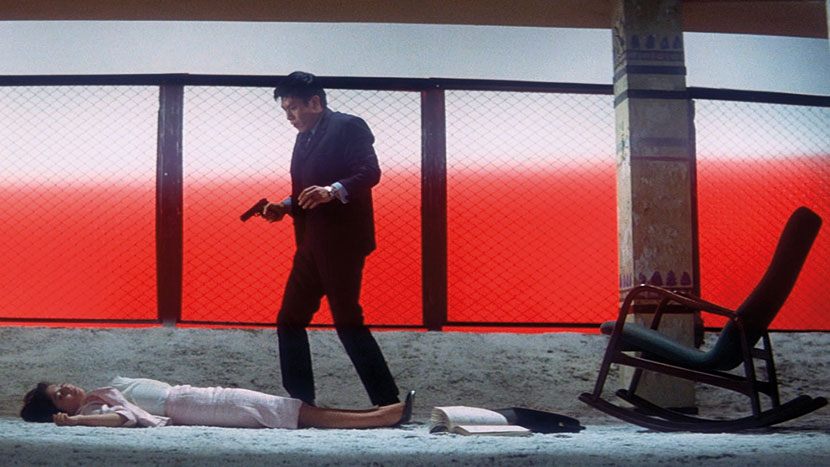 Seijun Suzuki takes the generic story of a newly retired, powder-blue-suited yakuza hitman (Watari) on the run, and spins a phenomenal exercise in style that remains an unrivalled melting pot of pop art and avant-garde-inspired 60s modernism. The film's dazzlingly colourful (and sometimes musical) expressionism marks it out as the work of an intransigent auteur, whose iconoclasm ultimately provoked his dismissal by his studio, Nikkatsu.