A unique screening of this important rediscovery, plus a panel discussion on Cameron’s TV roles.

We are delighted to announce that also joining the panel will be arts producer and TV historian John Wyver, and casting director Carolyn McLeod. 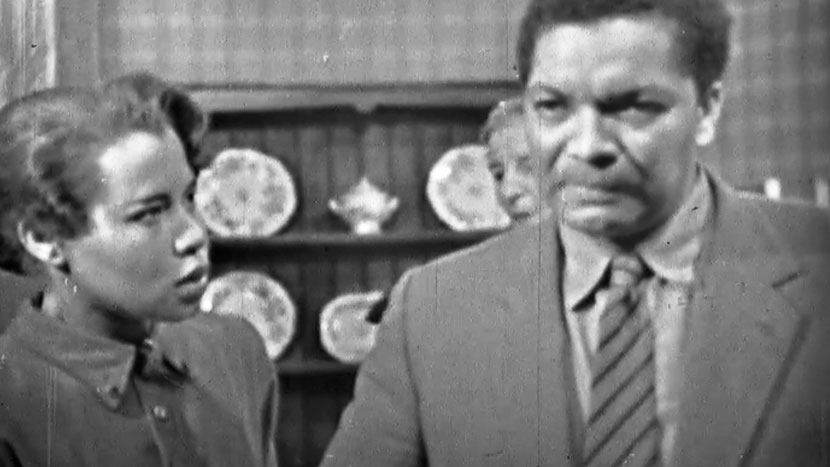 Not seen since its original transmission, this remarkably courageous play was written in 1954 by Reginald Rose for US TV. The fledgling Granada TV in the UK took the vitally important decision to transpose the lead character from a white, recently released ex-con and the prejudice he encounters to a proud Black man and his family – making the play squarely about racial intolerance. Seen from the perspective of several neighbours, the narrative moves to a chilling climax and provides Earl Cameron with one of his finest TV roles.

Following the screening, our guest panel will discuss the huge significance of Thunder on Sycamore Street, aided by clips from the TV career of Earl Cameron. We’ll investigate what Cameron’s career tells us about attitudes at the time and how he navigated them, and ask what lessons the contemporary TV industry can take forward.