The Flipside presents: Some People 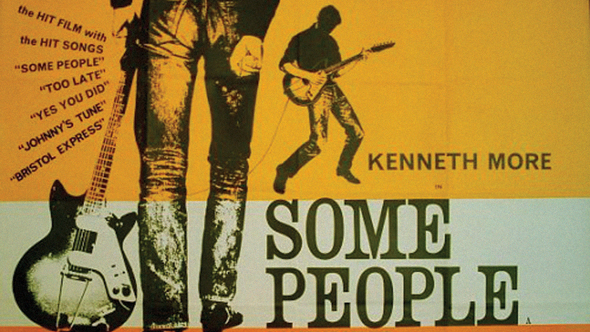 Juvenile delinquency flick and Duke of Edinburgh Award Scheme promo-film collide in this terrific tale of teenage life in 1960s Bristol. Leather-jacketed ton-up boy Johnnie gets his kicks burning it up on his bike with factory-worker friends, until dangerous antics lose him his licence. Boredom beckons until switched-on youth club leader Mr Smith (Kenneth More) offers him the chance to form a pop group in the church hall, where Johnnie is smitten by Smith’s gorgeous daughter Anne (Anneke Wills). It’s not long before Johnnie and his new mates are twanging guitars, practising Shadows steps, singing a catchy theme song with calliope accompaniment, and working towards Duke of Edinburgh Awards. But biker mate Bill is incensed by Johnnie turning away from his roots, and trouble lies ahead. This rarely screened precursor to Donner’s Here We Go Round the Mulberry Bush is a nostalgic treat.