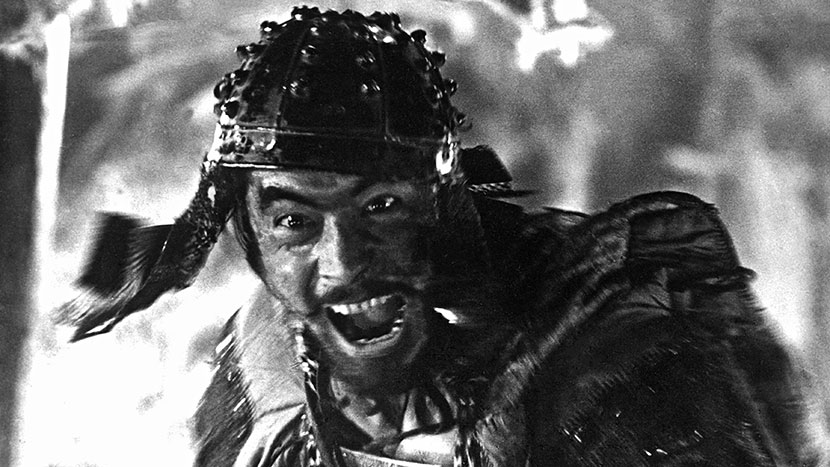 When 16th-century farmers whose village is repeatedly attacked by merciless bandits ask an elderly, masterless samurai (Shimura) for help, he hesitantly agrees and assembles a band of warriors to defend and train the villagers... Boasting terrific performances, superb camerawork, and expertly mounted battle sequences, Seven Samurai is undoubtedly one of the greatest action movies ever made.