Dirk Bogarde plays a sinister and corrupting manservant in this 1963 classic.

This Q&A is now confirmed. Curator Josephine Botting will introduce the film and there will be a Q&A during which time she will take questions following the screening. 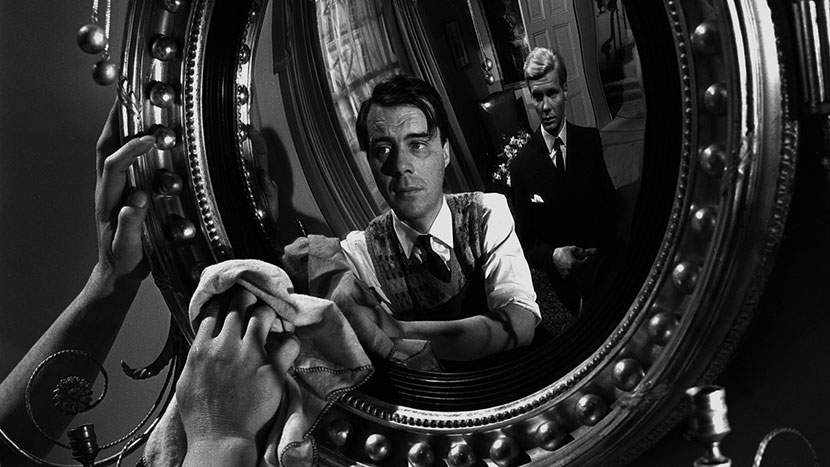 A remarkable trio of talents – Bogarde, Losey and Harold Pinter (with his first screenplay) – came together to make this darkly comic tale of a nightmarish butler who exploits the weakness of his lazy, entitled employer. Bogarde’s portrayal of Barrett, the oily, scheming manservant, is a masterpiece of screen acting, and his dedication to the project was unstinting; he even took over direction when Losey fell ill. A must-see British classic.

See our Bogarde at 100 screenings.