An account of great dignity and pride in the face of adversity. 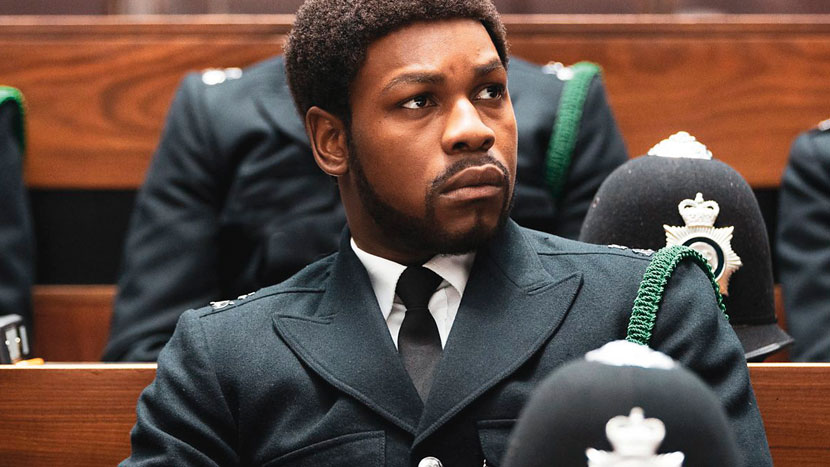 Red, White and Blue tells the true story of Leroy Logan (Boyega), who was eventually to rise through the ranks to become one of London’s most distinguished Superintendents in the Metropolitan Police Force. McQueen’s film focuses on a young Logan, who joins the Met in the naïve belief that he can change attitudes from within, only to be met with vicious racism from his colleagues. As institutional racism within the Met is highlighted again in 2021, the film packs a searingly prescient punch.

Joint ticket available with talk The Making of Small Axe with Steve McQueen, Tracey Scoffield, David Tanner and guests £15, concs £12 (Members pay £2 less); joint tickets must be booked via box office on 020 7928 3232 or in person.