A Fear of Strangers + The Chocolate Tree + intro 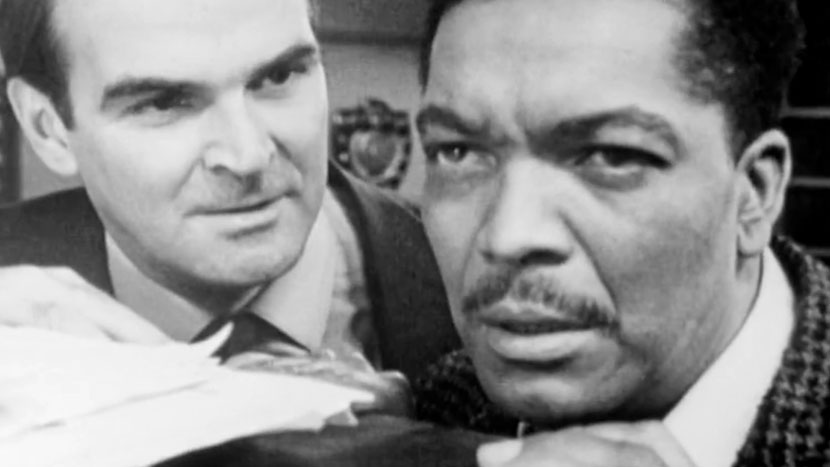 Written in 1958, the script was considered so contentious in its portrayal of police racism that it was banned until this production. The atmosphere between Earl Cameron and co-star Stanley Baker, as the police detective unable to control his ruthless methods, is electric. In one of Cameron’s most substantial roles for television, his trademark dignity and authority shine through.

+ The Chocolate Tree Armchair Theatre, ITV 1963. Dir Alan Cooke. With Earl Cameron, Paul Rogers, Zena Walker, Peter McEnery. 54min A white family whose power and wealth is based on African colonialism are forced to face the truth about their exploitation in a fast-changing world. Brimming with relevance to today’s reclaiming of historical truths, this TV play sees Cameron as a visiting potential Prime Minister on the eve of his country’s independence, who flags the family’s hypocrisies.