+ Q&A with Molly Dineen, Blacker Dread and Naptali, hosted by the renowned DJ and remixer, Radio 1Xtra’s Seani B

A fascinating documentary portrait of a Brixton legend. 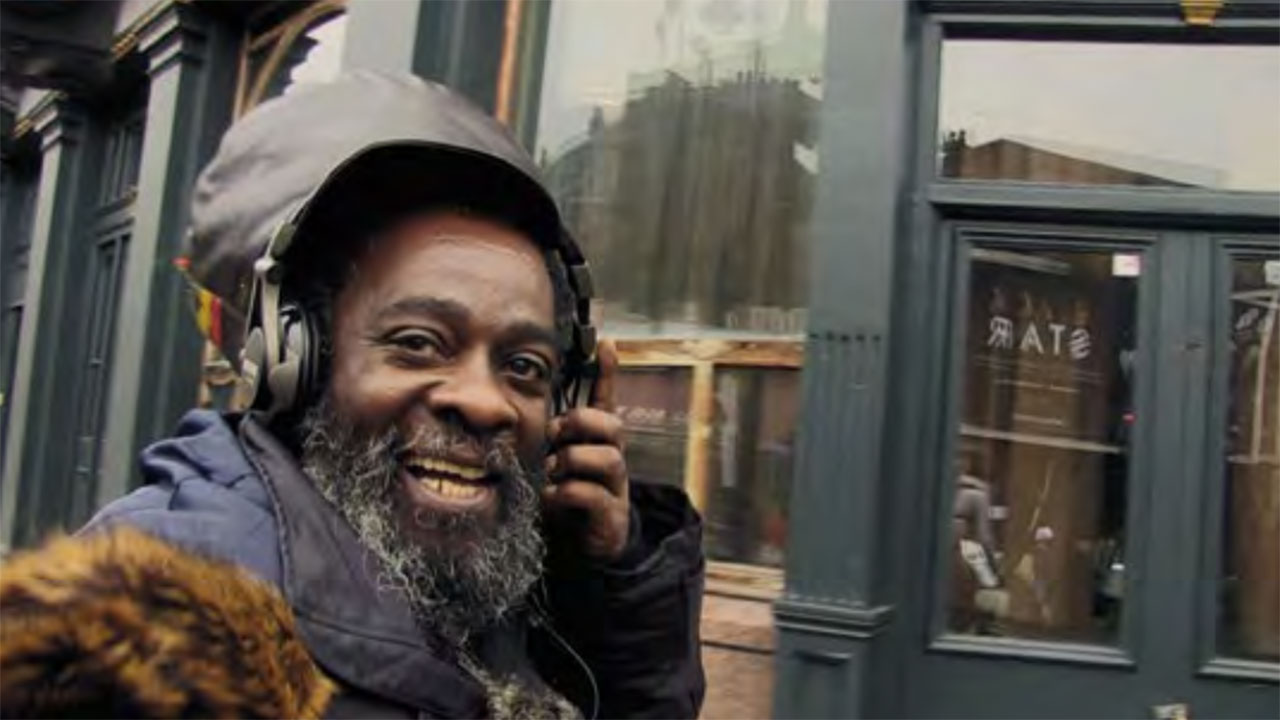 After a ten-year absence, BAFTA award-winning filmmaker Molly Dineen returned with this intimate feature documentary, which tells the story of renowned Jamaican-born reggae record shop owner, music producer, businessman, father, son and community pillar Blacker Dread. Blacker invites Dineen to film his mother’s funeral, opening the door to his life at a time of great personal crisis. As the story unfolds, he reflects on the issues that have dogged his last 40 years in the UK: inequality, poverty, crime and racism, and why he sent his youngest child back to school in Jamaica.

A 2-disc BFI DVD, The Molly Dineen Collection Volume 4: Being Blacker / Sound Business will be released on Monday 8 August. Cult documentary Sound Business (1981) follows the legendary Sir Coxsone Sound System and Young Lion, offering a fascinating insight into the workings of sound systems in the 1980s. Extras include a short film dedicated to the memory of Jamaican reggae singer, producer and sound-system operator Sugar Minott