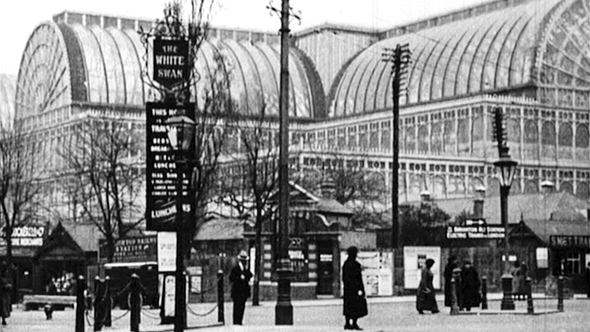 After the enthusiastic reception at the LFF in 2011 the BFI National Archive brings you a further selection from Harry Parkinson and Frank Miller’s 1924 Wonderful London series. In this programme we will be escorted by a Cockney coster and his moke to see some famous London buildings that no longer survive; we go for a horse-drawn bus ride to see some of the new buildings going up; we see contrasts between rich and poor in East and West and go for a boat trip up the beautiful Thames. The Crystal Palace, the White City and Fred Karno’s legendary ‘Karsino’ are just some of the long-lost London icons brought back to life.