Children of the Beehive

Hachi no su no kodomotachi

A group of orphans and a weary soldier cross a war-scarred nation to the refuge of an orphanage. 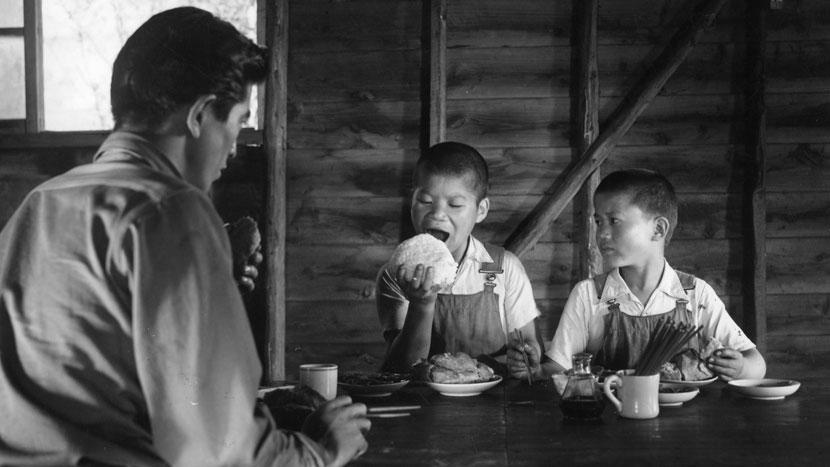 The devastating impact of the war on Japan’s children is shown in Shimizu’s independently-produced film, a Japanese counterpart of Italian neo-realism. Chronicling the journey of a group of orphans (played by non-professionals, themselves orphans) and a weary demobilised soldier across a scarred nation to the refuge of an orphanage, the film pays deeply moving witness to the aftershocks of war.

The screening on Monday 25 October will be introduced by season co-programmer Alexander Jacoby.