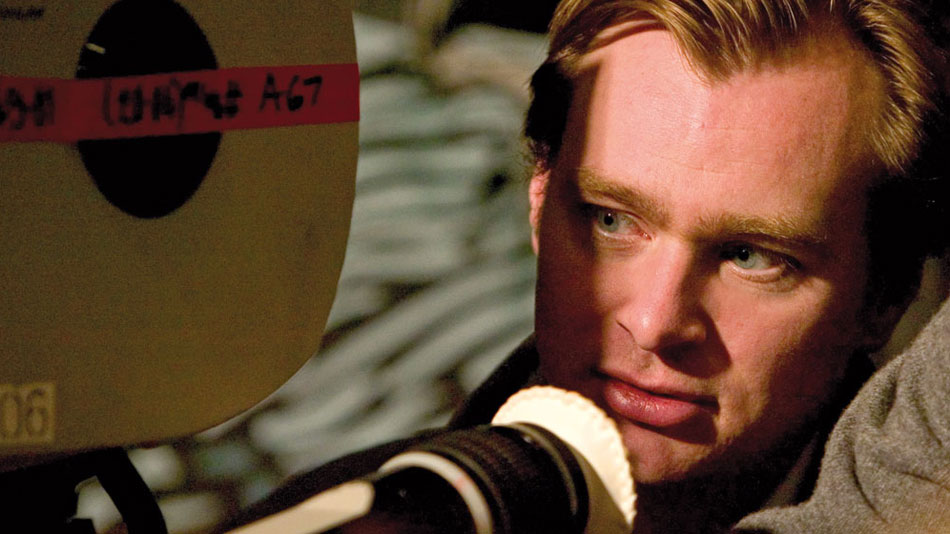 The rise and rise of Christopher Nolan is remarkable, reckons Geoff Andrew, not only for its rapidity but because it goes against the grain of many recent Hollywood developments. It's hard, perhaps, to credit that it was only 14 years ago that Nolan, now a hugely powerful player on the Hollywood blockbuster scene, finished his first feature. Still, look closely at Following - made for a few thousand pounds in black and white, using friends (including actress Lucy Russell, still woefully neglected by British movies) and readily accessible London locations over a year's worth of weekends - and you'll see, stuck on the door of a bedsit, a little Batman logo. Did the film's then 28-year-old writer-director have an idea of where he was headed? Certainly, since the opening moments of his extraordinarily bold debut, it's been clear Nolan knew exactly what he was up to. Quite simply, he's one of the canniest operators around. In this case, that's definitely no criticism. While he's reinvigorated the Batman franchise beyond recognition, so that exhilarating spectacle is now accompanied by gripping drama that's both psychologically and politically astute, Nolan's not just a genre-genius who limits himself to superhero fare. Rather, he's managed against the odds to create a new space in the Hollywood 'mainstream' for precisely the kind of highly personal films he likes to see and wants to make: films notable not so much for their considerable technical virtuosity and visual flair as for their brilliant narrative ingenuity and their unusually adult interest in complex philosophical questions. For Nolan's abiding obsession, it seems to me, is with knowledge: how it may empower us, and how it's linked to language, action, memory, even magic and dreams. Time and again, his characters strive to gain control of a conflictive situation by turning reality into a kind of story which others will find plausible (and, hence, appealing or menacing); it's whoever can spin the most persuasive narrative that wins. Deceit and dissimulation are crucial to such activity, as are fathoming and fuelling a rival's fantasies. The possibilities raised by this conceptual framework are endless; it's in this regard that Inception was simply a variation (albeit a supremely imaginative one) on the theme first met in Following. Memento, Insomnia and The Prestige were, too. Which only goes to show that Nolan is the most persuasively inventive storyteller of all. Small wonder he's got the power.