A landmark silent film, this fantasy-drama of forbidden love is based on stories from the ‘Arabian Nights’. 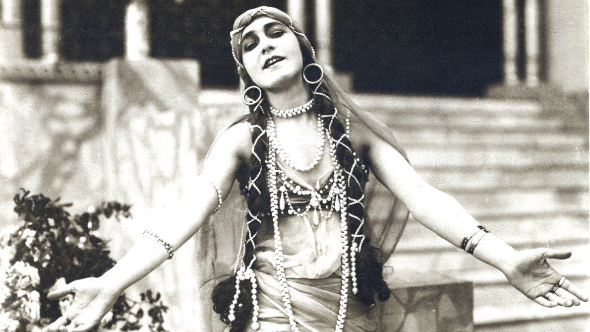 A ‘brilliant’ (NY Times) fantasy-drama of forbidden love based on stories from the ‘Arabian Nights’, this landmark silent film was a pioneering collaboration by renowned director Lubitsch and early Hollywood superstar Negri. It is accompanied by a new live score fusing contemporary jazz and East African music with a multi-instrumental ensemble led by Amira Kheir. A singer, musician and songwriter of Sudanese origin, Kheir has recently won critical acclaim for her debut album and international appearances from Mali’s Festival au Desert to the London Jazz Festival.

Recent praise for Amira Kheir: ‘Bold and poetic... beautiful and fearless’ – Songlines ‘A real global fusion that soothes and makes you want to move’ – Afrilove