Kazan’s game-changing film of Tennessee Williams’ stage hit brought Brando – and the Method – to the attention of filmgoers worldwide.

Heated tensions arise when ‘resting’ Mississippi teacher Blanche DuBois (Leigh) comes to stay with her sister Stella (Hunter) in the cramped New Orleans apartment she shares with her husband Stanley (Brando). Hot-tempered and unashamedly macho, Stanley has no time for Blanche’s insistent gentility... Making eloquent use of Harry Stradling’s black-and-white cinematography and Richard Day’s sets, Kazan creates an atmosphere of clammy, claustrophobic intensity, in which the different acting styles of Brando and Leigh (who’d performed in Olivier’s London production of the play) actually enhance the conflict between their characters. A classic, now gloriously restored.

See our Elia Kazan season and our Seniors’ matinee + intro.

Exclusive discount - The Contender by William Mann, published by HarperCollins The most influential actor of his era, Marlon Brando changed the way other actors perceived their craft, and his impact on American culture matched his professional significance; he was one of the first stars to use his fame as a platform to address social, political and moral issues, courageously calling out America’s deeply rooted racism. Based on new and revelatory material, The Contender explores the star and the man, including the childhood traumas that reverberated through his professional and personal life. 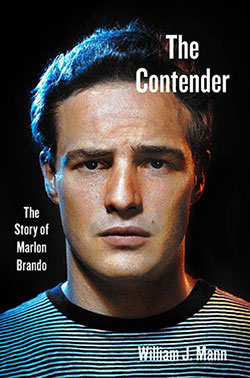