A High Wind in Jamaica 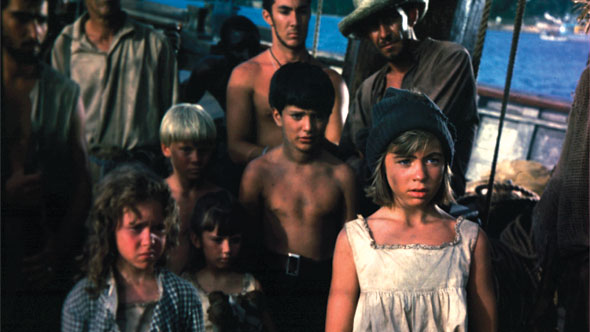 For his long-cherished project to adapt Richard Hughes’s classic novel, Mackendrick fought the studio (Fox) to realise his (and Hughes’s) vision of the lethal nature of innocence. He wasn’t wholly successful; Fox mutilated the film, cutting out 25 percent of the footage and rearranging the rest. Even so, High Wind has a tone and complexity of its own; the most visually opulent of all Mackendrick’s films, it ends with an aching sense of poignancy and loss.