In a Lonely Place

Nicholas Ray’s beguiling blend of murder mystery and love story is one of the finest American movies of the early 50s. 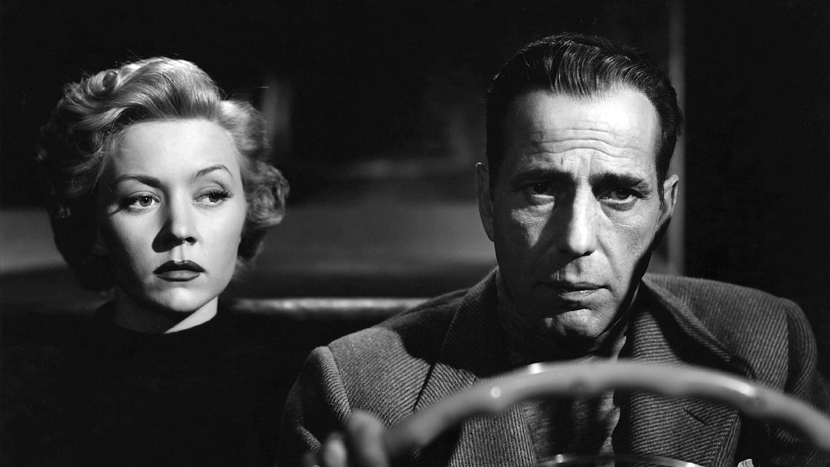 Nicholas Ray’s beguiling blend of murder mystery and unusually adult love story is one of the finest American movies of the early 50s. The lonely place is Hollywood: scriptwriter Dix (Bogart) is prime suspect in the murder of a young woman, until neighbour Laurel (Grahame) provides him with a false alibi. But as the pair embark on a romance, his volatile temper – exacerbated equally by the studio and the cops – makes her wonder whether he might have been guilty... Brilliantly adapted from Dorothy B Hughes’ novel, Ray’s tough but tender film is spot-on in its insightful characterisation of Tinseltown and of the troubled lovers. Marvellously cast, Bogart and Grahame bring an aching poignancy to their painful predicament.