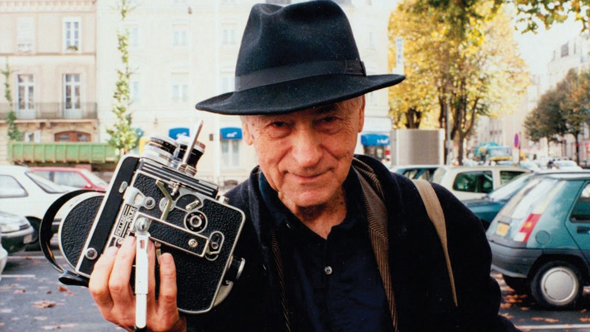 We host an afternoon of special screenings, talks and discussions from noted Jonas Mekas experts.

Join us for a stimulating and rewarding day exploring and examining the work and legacy of the undisputed ‘godfather of the avant-garde,’ Jonas Mekas. Accompanying the BFI’s survey of Mekas’ work and a brand new exhibition at the Serpentine Gallery, this Study Day comprises special screenings, talks and discussions with contributions from a wide variety of experts.

Mark Webber, season curator, gives a biographical introduction to Jonas' activity in New York from his arrival in 1949, through to the beginnings of Anthology Film Archives.

Dr Daniel Kane (University of Sussex), examines the fertile correspondence between parallel avant-garde poetry and film movements in 1960s, drawing on his book We Saw the Light: Conversations Between the New American Cinema and Poetry.

Rebecca Lewin, Assistant Curator at The Serpentine Gallery, draws on experience putting together the Serpentine’s exhibition to examine the resonances between the voice of “exile” in Jonas’ films and the state of film “in exile” in the exhibition space.

Stuart Heaney (BFI), thinking through the cultural and biographical circumstances that propelled Mekas towards a diary cinema following his recent experience documenting a series of workshops attached to our season, on 16mm film - using a Bolex camera, Mekas’ own companion for nearly 40 years.

William Fowler, curator of Artists' Moving Image at the BFI National Archive, examines issues around national identity in the counter-culture of the 1960s, American influence in London and what happened when Jonas Mekas first visited the UK in 1970.