Ken Fero’s follow up to his groundbreaking film Injustice sadly feels as timely as ever. 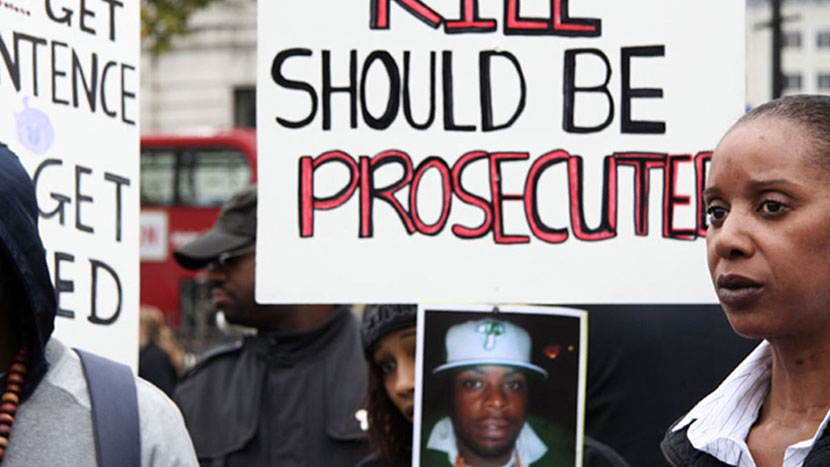 Ken Fero’s follow up to his groundbreaking film Injustice sadly feels as timely as ever. Almost two decades after their earlier film Injustice, Ken Fero and Migrant Media continue their fearless exploration of UK deaths in police custody and the campaign for justice. Placing events that happened between 1995 and 2005 in the wider context of a nation at war, the film is also personal – utilising the creators’ perspectives as filmmakers and activists. This is urgent, committed filmmaking and a timely reminder of the powerful potential of political cinema.

The screening on Sat 26 Jun 14:20 NFT1 will feature a Q&A with director Ken Fero and contributor Janet Alder.

See the African Odysseys preview of The Milkmaid.