Henry Fonda heads a remarkable cast in Lumet’s single-set drama about jurors debating the evidence of a murder trial. 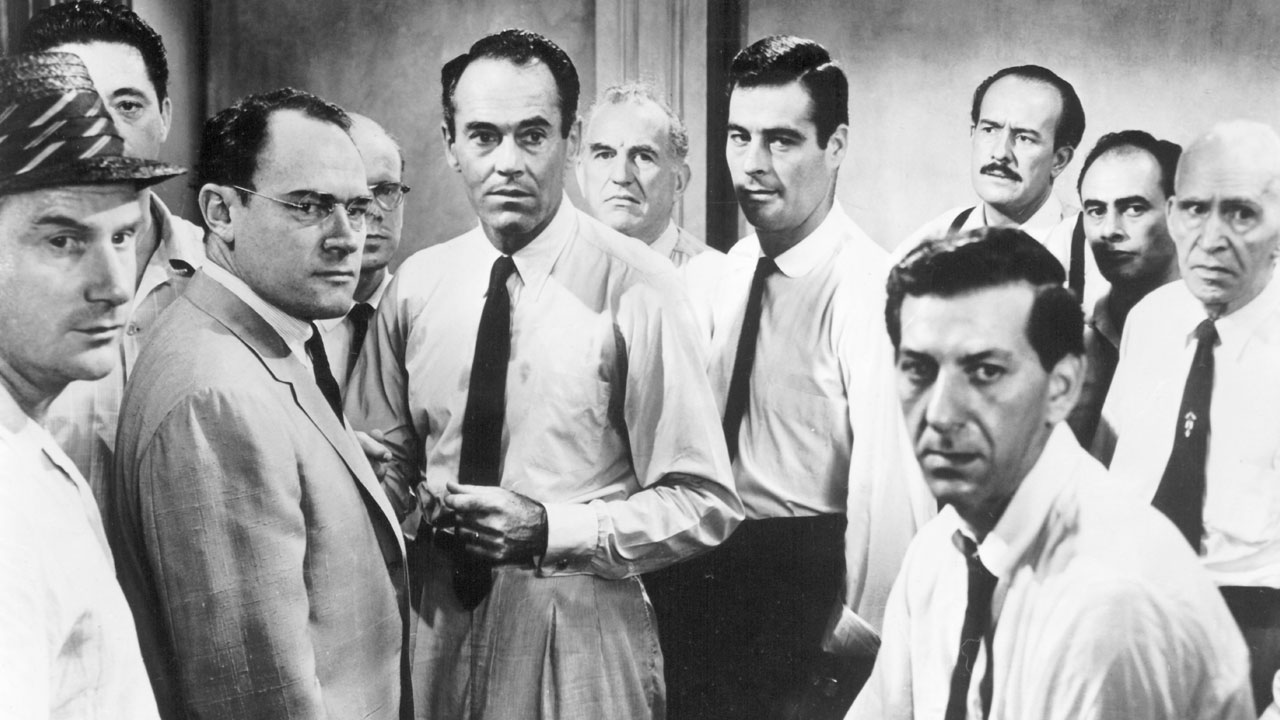 Adapted by Reginald Rose from his own teleplay – in which one man’s doubts about a murder trial overcome his fellow-jurors’ prejudices – Sidney Lumet’s feature debut makes suspenseful use of a single set and claustrophobic close-ups of a superb cast. Truffaut deemed it a screenwriter’s film – ‘what an author!’ – but called Lumet ‘a director of more than ordinary gifts... We must take him seriously.’