The Trial of Joan of Arc

Bresson’s minimalist account of Joan’s suffering and demise is based on the official transcript of her trial. 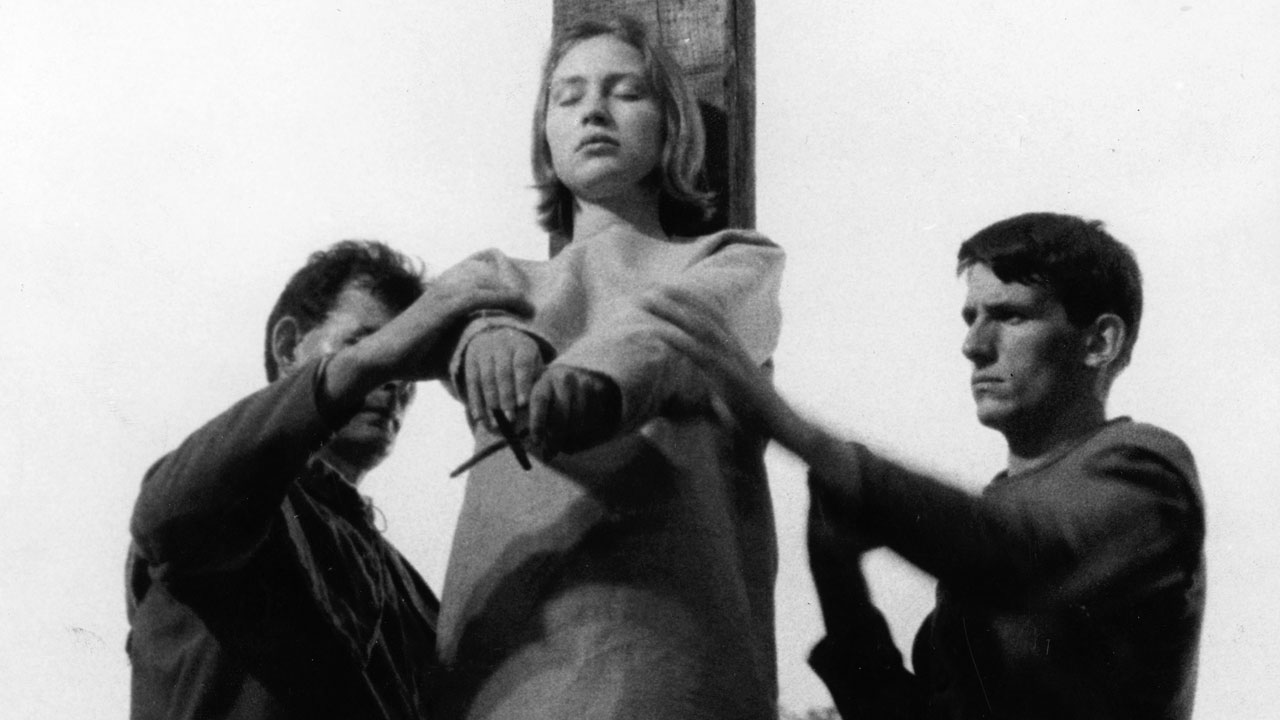 ‘Saints’ abound in Bresson’s work, and here, working from the official transcript of Joan’s trial, he shoots her ordeal with a serene simplicity that reveals her vulnerability and her resilient faith, and reminds us of the physicality of her predicament: the final images are a terrifying reminder of her suffering. Stylistically and structurally, this is surely Bresson’s most minimalist work.