Josey Wales and his band of outsiders find themselves in danger in Eastwood’s stunning western.

To clarify, this is not a free matinee as stated on the BFI Southbank print calendar. 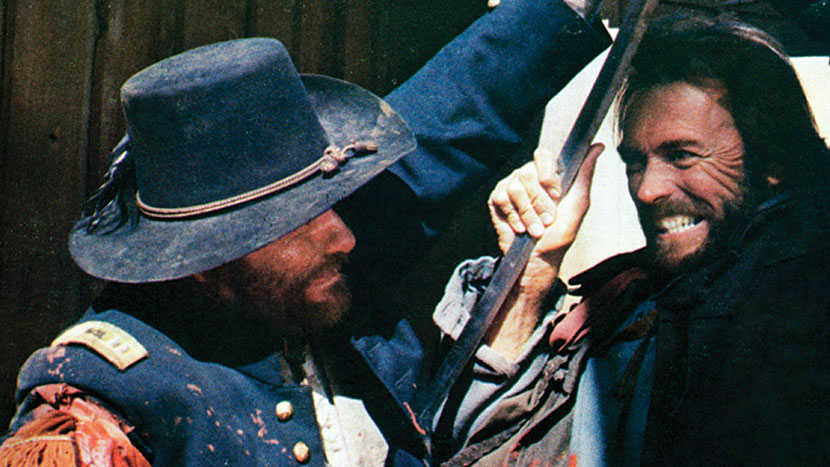 During the American Civil War Josey Wales, a Missouri farmer, witnesses the murder of his wife and child by pro-Unionists. He joins the South in their fight, eventually finding himself on the losing side. After a bitter betrayal he becomes a wanted man, and while the army and bounty hunters search for him he teams up with a ragtag group, including an old Cherokee man and a woman travelling with her granddaughter. With danger fast approaching, they’re forced to fight back. Eastwood’s revisionist revenge western is an intelligent, thrilling adventure dealing with the toxic effects of war (a clear reaction to events in Vietnam), and it presents a positive message of how people from all walks of life can work together to do what’s best.

See our Clint Eastwood season and other screenings of The Outlaw Josey Wales.