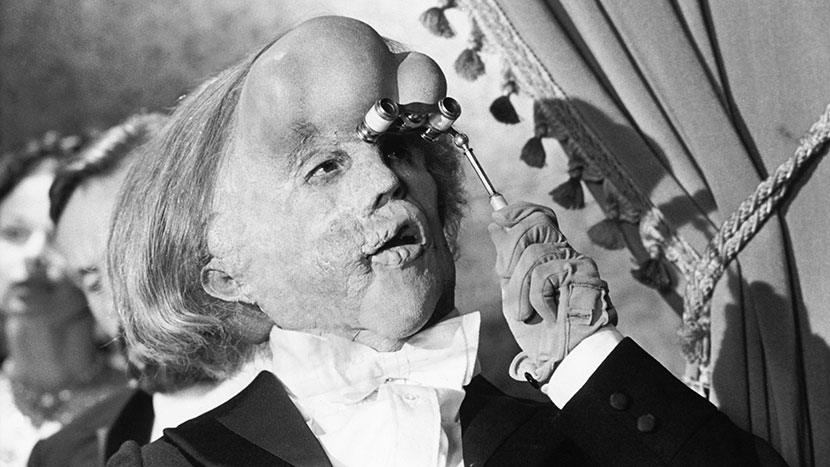 John Hurt, transformed by incredible make-up, plays the real-life Joseph Merrick (re-named John for the film), dubbed ‘The Elephant Man’ due to his physical appearance. He’s rescued from an East End freak show by Dr Frederick Treves (Hopkins), who places him in a hospital, yet Merrick finds himself subjected to similar morbid curiosity by the medical profession and members of Victorian high society. Hurt’s quietly magnificent performance, the extraordinary depiction of the underbelly of Victorian London, the atmospheric black and white photography, and Lynch’s trademark experimental touches, make for a haunting and memorable tale.

See our Member Salon and other screenings of The Elephant Man.