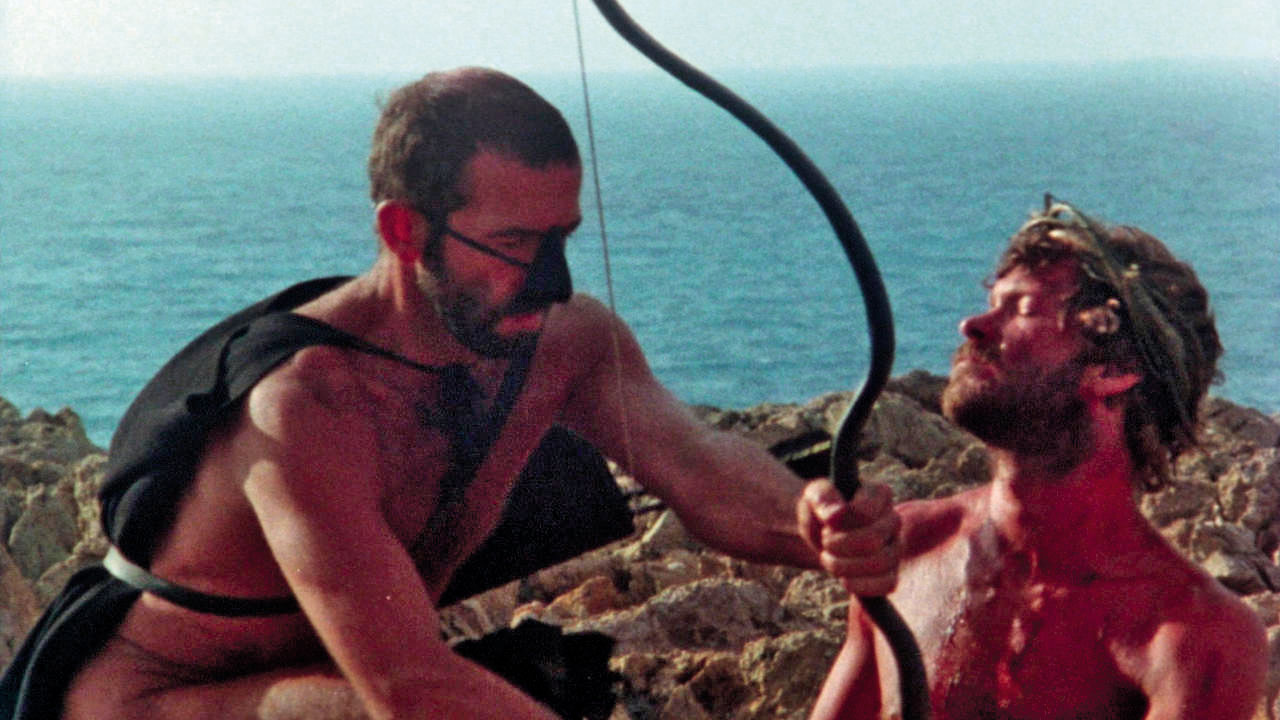 Jarman’s boldly inventive first feature imagines the martyred saint as a Roman soldier stationed in a remote imperial outpost, absorbed in his own religious beliefs and deeply at odds with many of his colleagues; sexual longing, resentment and power games wreak havoc. The abundant male nudity, the use of Brian Eno’s music and the (subtitled) Latin dialogue render the film still more audacious.

The screening on Wednesday 27 April will be introduced by BFI curator Simon McCallum.