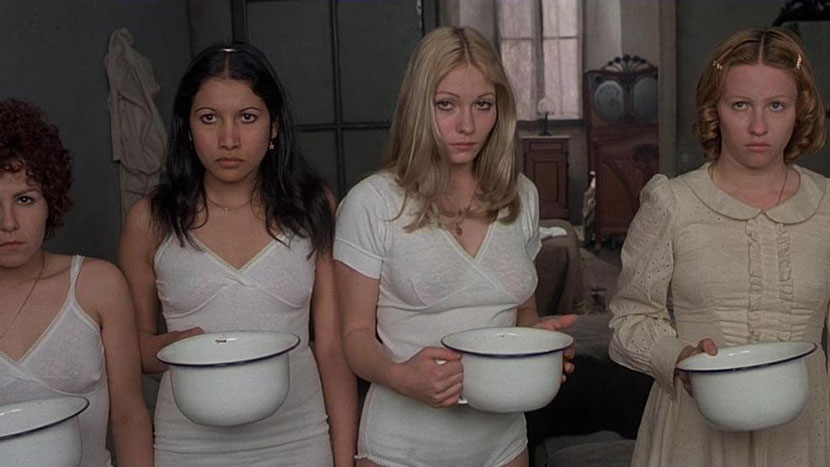 Still banned in some countries, Pasolini’s final work is set in the fascist republic of Salò during the last years of WWII, and concerns the kidnapping by wealthy libertines of 18 teenagers, who are subjected to months of shocking acts of sexual and psychological cruelty. Morricone was brought in to arrange certain pieces but Pasolini showed only sections to him for fear he would walk away. An early form of extreme cinema, with philosophical ambitions and intriguing cultural allusions.