Catch the most spectacular, epic action film of the year on the big screen. 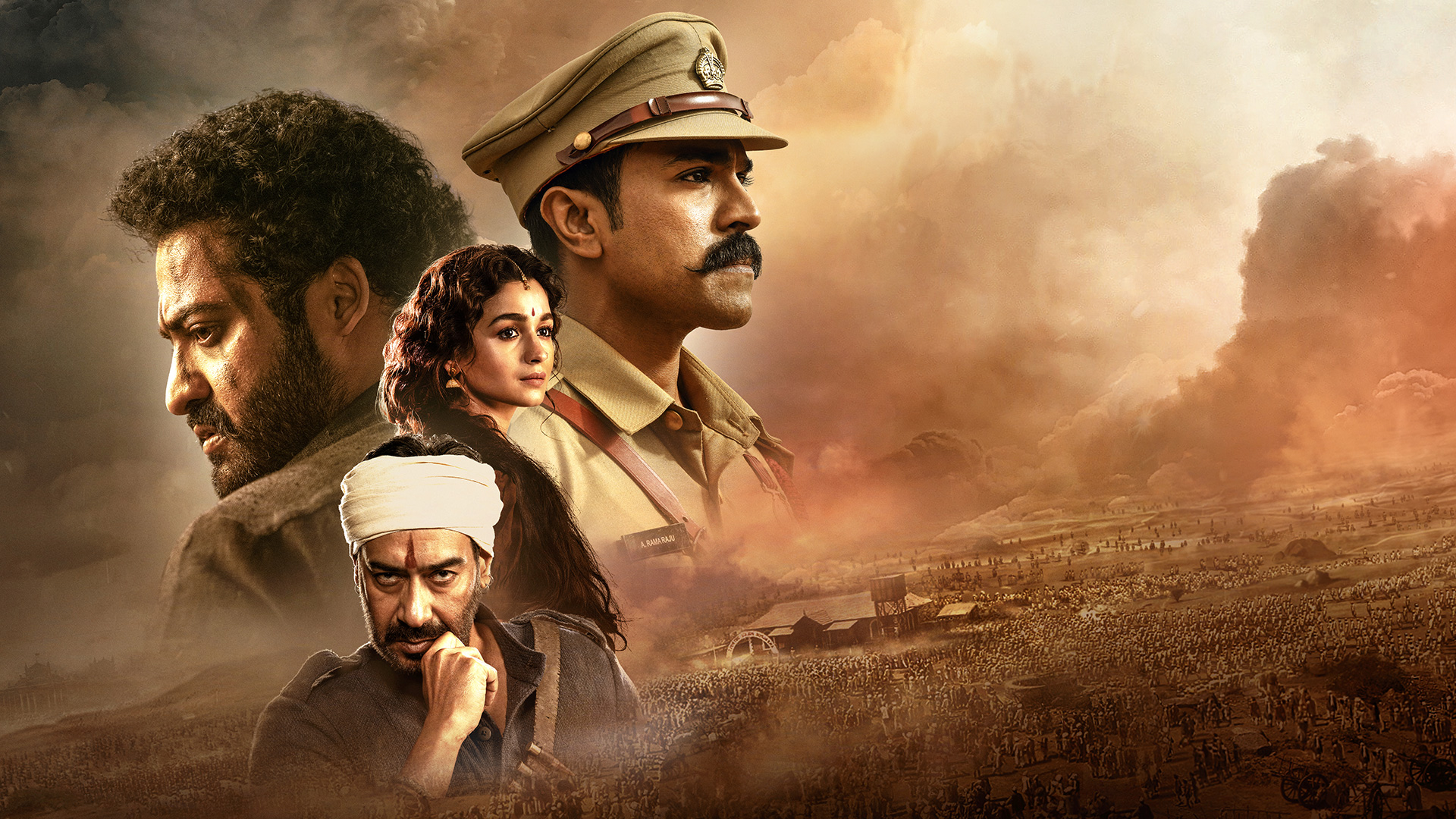 In this playful, reimagined history of two real-life Indian freedom fighters in the 1920s, we follow fearless warrior Komaram Bheem (N.T. Rama Rao Jr.) as he embarks on a dangerous rescue mission when a British Governor kidnaps a member of his tribe. Along his journey he crosses paths with Alluri Sitarama Raju (Ram Charan) who is not all that he seems. One of the highest-grossing Indian films ever made, S.S. Rajamouli’s big-budget historical-action blockbuster has garnered critical acclaim around the world. It is packed with glorious, adrenaline-fueled action sequences and memorising musical numbers, all wrapped around a heartfelt, sweeping bromance. RRR (short for Rise, Roar, Revolt) is simply one of the best, most fun nights out at the cinema you will experience this year.

There will be a 15-minute interval midway through this screening.