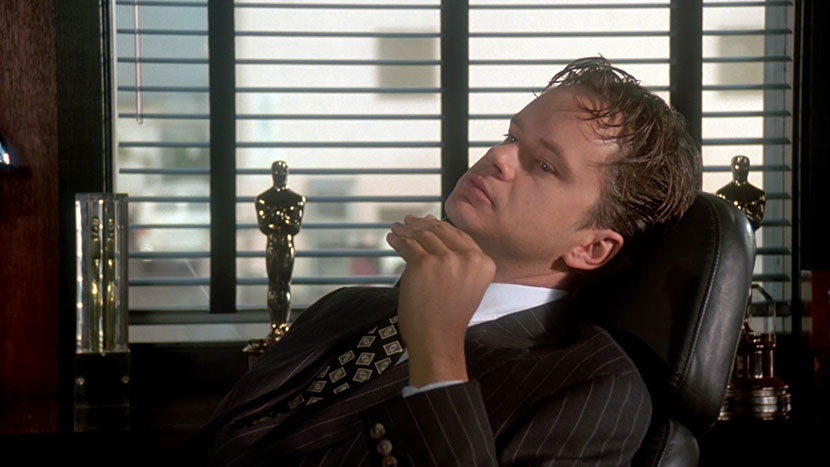 Acclaimed as a magnificent return to Hollywood, Altman’s film of Michael Tolkin’s novel embellishes the tale of a paranoid studio executive (Robbins), haunted first by hate-mail then by anxiety that discovery of a crime might ruin his career, with a wonderfully acerbic portrait of Tinseltown in all its moral, intellectual and creative vacuity. Packed with star cameos, it constantly reflects on its own artifice.