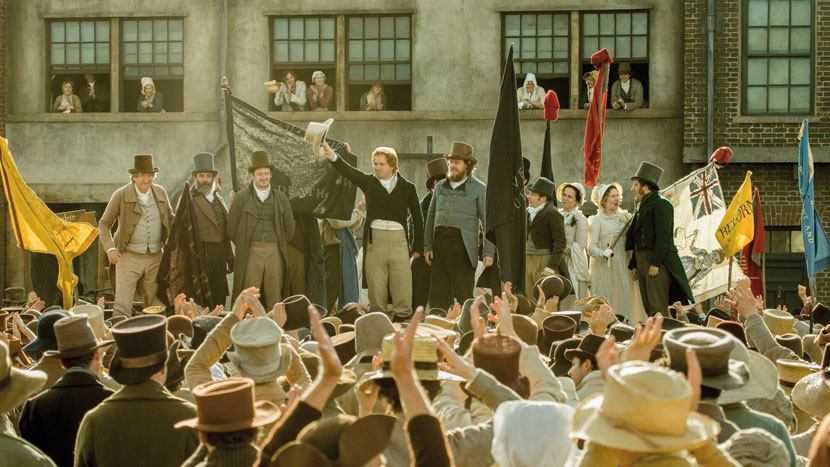 The massacre at a large pro-democracy rally at Manchester’s St Peter’s Field in 1819 is the subject of Mike Leigh’s epic and frighteningly relevant drama. Leigh’s rich characterisation and broad spectrum of characters make the inevitable climax all the more devastating – as does the film’s being rooted in a much-overlooked historical event that demonstrates how little we appear to learn from our mistakes.

The screening on Saturday 20 November will feature a Q&A with Mike Leigh.