In Rebecca Hall's exquisite directorial debut, two childhood friends are reunited as adults in 1920s New York, with one of them now passing as white. 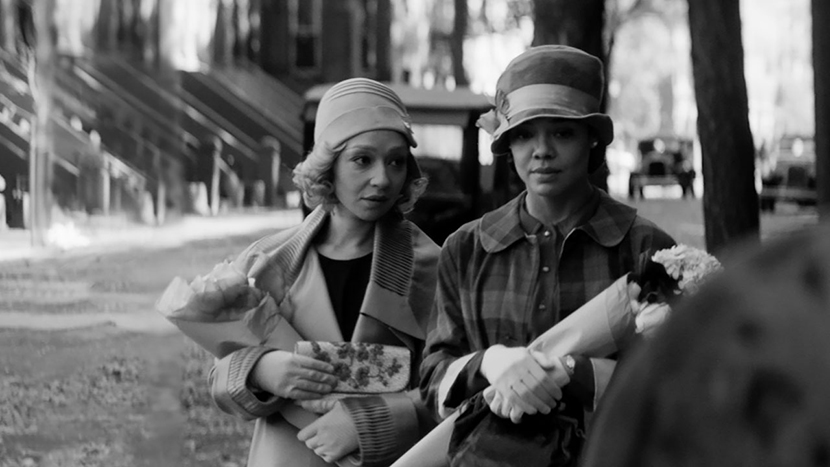 When Irene (Tessa Thompson), a pillar of the Harlem community, spots Clare (Ruth Negga) across a hotel lobby, she can't stop staring. Although they now live on opposite sides of the racial divide, the two women are magnetically drawn to each other, with fateful consequences. Demonstrating the same cool intelligence we've seen in her performances, Hall delivers an elegant film full of longing and restraint, and with a distinctly feminine sensibility. Shot in gorgeous black and white by Eduard Grau (A Single Man) and adapted from Nella Larsen's acclaimed novel, it's also a deeply personal film, with Hall mining her family's own history of passing to deliver a richly layered examination of race, class and sexuality, and the lives we choose - or choose not - to lead.