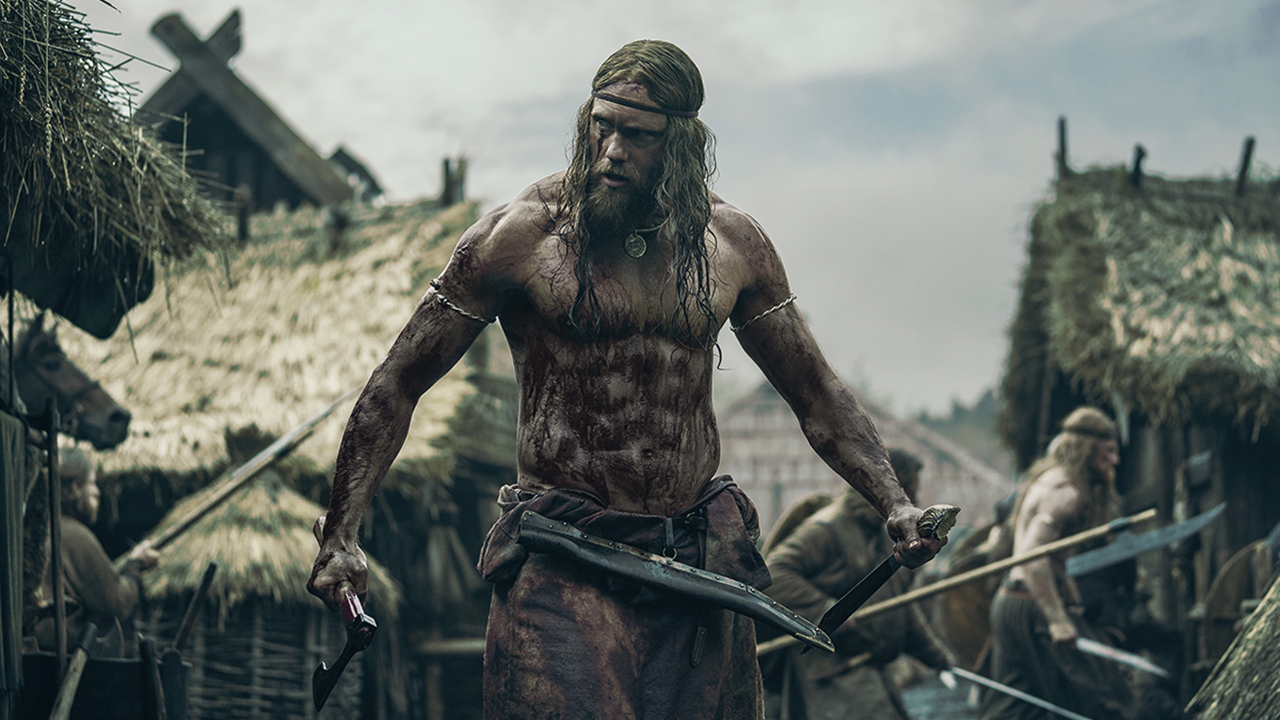 When he is just a child, Viking warrior prince Amleth witnesses the brutal slaying of his father, King Aurvandill. Amleth escapes the attack but vows to avenge his father’s murder and rescue his mother from the clutches of those who have betrayed them.

Robert Eggers, the compelling filmmaker behind The Witch and The Lighthouse, returns with his much anticipated, most ambitious film yet. Co-written by Icelandic poet and novelist Sjón, it is a sweeping, action-packed, visually enthralling, dark and mystical saga of revenge. Alexander Skarsgård is sensational as Amleth, and leads an incredible cast including Nicole Kidman, Ethan Hawke and Björk, alongside previous Eggers collaborators Anya Taylor-Joy, Kate Dickie and Willem Dafoe.

Audio Description is available at all presentations and the screenings on Monday 25 April 17:50 NFT1, Wednesday 27 April 14:15 NFT3 and Saturday 30 April 14:00 NFT2 and Tuesday 3 May 18:00 Studio will be presented with subtitles for the D/deaf and people experiencing hearing loss.