Re-discovered in the 1980's, this 1945 propaganda film was little seen and presumed lost. 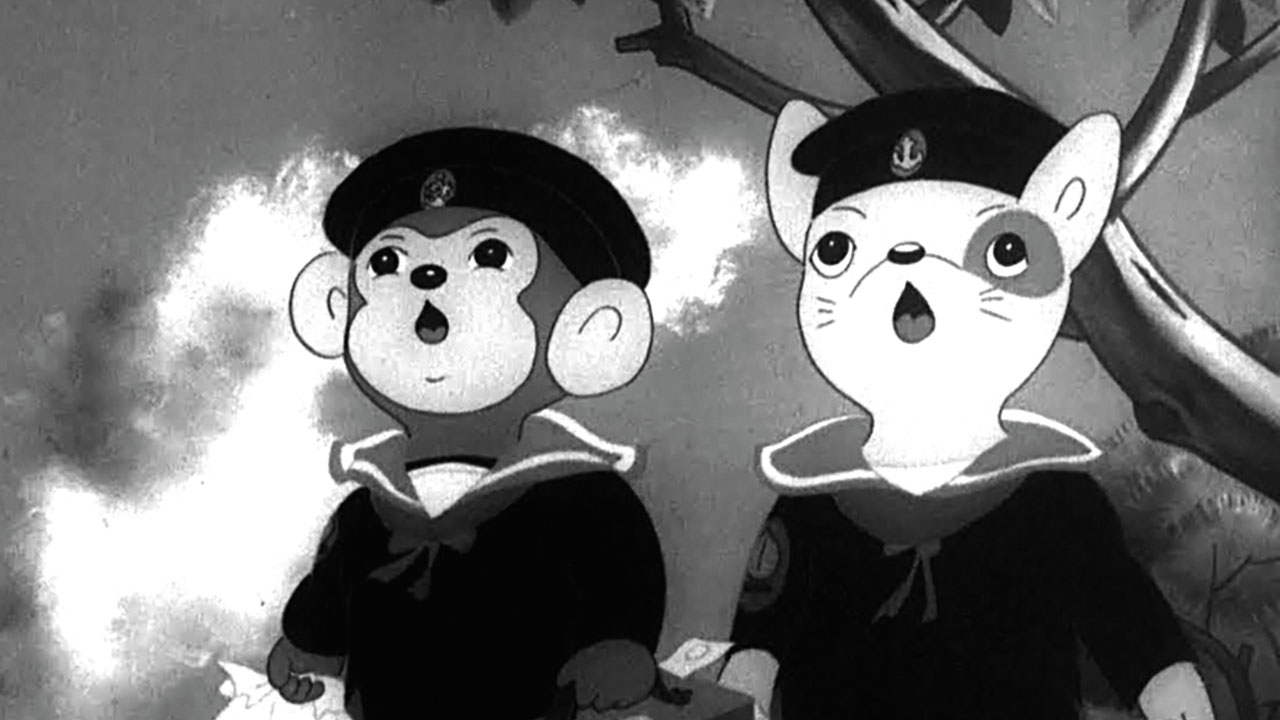 Although all prints were ordered to be destroyed by occupying forces, a copy of this WWII propaganda film survived, and after being unseen for many decades the film was restored. For the first anime feature ever made, Seo drew inspiration from Disney’s Fantasia to tell the story of a young monkey, bear, puppy and pheasant who rise through the ranks of the animal navy to save Asia from Western colonisation.