BFI Members share their go-to film, the one to watch on a desert island, along with reasons why you’d never tire of watching it. 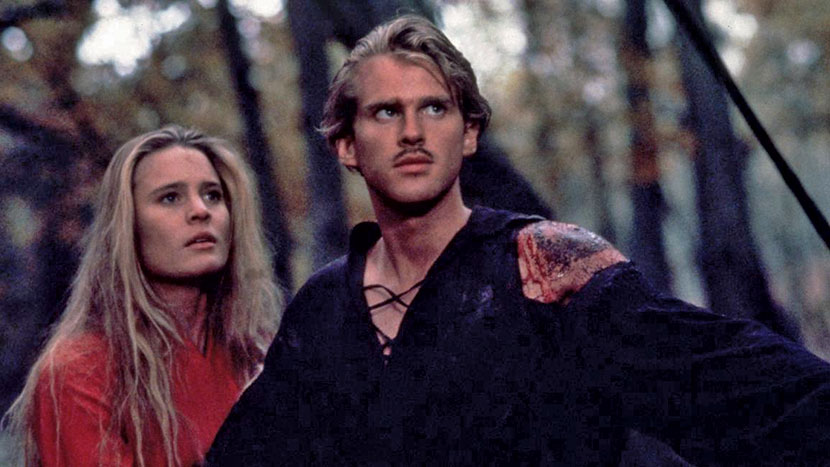 Share your choice with us and your film could be the next to be screened in our regular strand exclusively for BFI Members and guests at BFI Southbank.

Little Miss Sunshine June 2022 “It’s as near perfect a comedy as any I’ve ever seen... There’s nothing I can fault.” - Dani Vilu, BFI Member

Little Miss Sunshine May 2022 “This is one of the first films I remember watching... It’s full of heart, deliriously funny, and the cast is superb.” - Claire Cho, BFI Member

Close Encounters of the Third Kind February 2022 “It takes me straight back to my happy 70's childhood... And Richard Dreyfuss can do no wrong in my eyes.” - Jane Bristow, BFI Member

The Killing Fields January 2022 “An important piece of history which should be kept alive.” - Michael Divver, BFI Member

Moonlight October/November 2021 “I love it because the story is something special and was something not seen as much before, and it brought attention to people who need it and want it.” - Maddie Barnes, BFI Member

Moonstruck September 2021 “One of the few films I can watch over and over and love more each time…. From the anticipation of the emotion - the smiles and the tears - to the sheer magnetism of the leads which never diminishes.” - Rachel Kolsky, BFI Member

Almost Famous August 2021 “Ever since I first watched the film, I’ve wanted to see it on the big screen - it is MADE for cinematic viewing!” - Elise Czyzowska, BFI Member

Booksmart May 2021 “It’s hilarious and just wonderful! It’s such a great film in terms of representation, and not clichéd at all.” - Emilie Cunning, BFI Member

The Princess Bride January 2020 “It has a dreamlike timelessness that makes it perfect escapism.” - Charlotte Harrison, BFI Member

Home Alone December 2019 “Home Alone delivers a sack full of whole laughs for the family and offers a nostalgic reminder to always be careful what you wish for!” - Sam Evans, BFI Member

Bagdad Café June 2019 “A desert road from Vegas to nowhere… is the opening refrain to this magical and mysterious tale of love, loss and sisterhood, which sees lonely souls discover a better place.” - Kezia Cox, BFI Member

Wake in Fright May 2019 “It’s funny and compelling. It captures the toxicity at the heart of booze culture. It has a strong claim to being the best film many people have never heard of.” - Steven Hall, Champion Member

Into the Wild April 2019 “It takes you on a journey, and you forget the world around you. Brilliant acting… The best book adaptation in the last 20 years!” - Florian Koss, BFI Member

Ferris Bueller’s Day Off March 2019 “The characters and the gags are great. It has a lot of heart and there’s nothing to dislike about it.” - Jorin Zankl, BFI Member

Die Hard December 2018 “As well as being a seminal action film, it’s also one of the best Christmas movies of all time.” - Steve Summers, BFI Member

In the Bleak Midwinter (aka A Midwinter’s Tale) Oct/Nov 2018 “It’s so witty, and mad and British.” - Rachel Brock, BFI Member

Repo Man Sept/Oct 2018 “I wore out the VHS copy I had at university as I loved its oddness. It deserves an outing on the big screen.” - David Ahmad, BFI Member

Nights of Cabiria August 2018 “The plot might sound cheesy, but Fellini maintains a distance which prevents any mawkishness.” - Gerry Leversha, BFI Member

Highlander July 2018 “This 80s action flick, with a soundtrack by Queen, will keep you entertained.” - Ben Jones, BFI Member

Oldboy June 2018 “This is one of the most incredible films I’ve ever seen, and I’d love to see it on the big screen!” - Jack Barry, BFI Member

Mad Max May 2018 “Mad Max is the bad boy of the Australian New Wave… The film’s anamorphic widescreen cinematography needs to be truly appreciated on the big screen, with the sound cranked up.” - Martyn Conterio, BFI Member

ABBA: The Movie April 2018 “A go-to, feel-good movie set against the soundtrack of the band that defined the late 70s pre-punk sound and is more popular than ever today.” - Keith Mansfield, BFI Member

The Adventures of Priscilla, Queen of the Desert March 2018 “A sassy, screwball script with great performances. Felicia (Pearce) says it all: “You’ll laugh so hard your lashes will curl all by themselves.” - Leon Louis, BFI Member

The Breakfast Club February 2018 “I love to return to my youth with this seminal teen movie starring the top ‘Brat Pack’ icons of the 80s.” - Pilar Orlando, BFI Member

Jaws December 2017 “I love everything about this film - the storytelling, the cast, the music - and I still jump at the same moments no matter how many times I see it.” - F Rodrigo, BFI Member

Eraserhead October 2017 “Such a surreal film. I remember watching it over and over and becoming more enthralled with each viewing.” - Cheng Tju Lim, BFI Member

Fat City March 2017 “It's a beautiful, witty and sad film. The actors bring so much emotional weight to their characters, and the ending is perfect. This is one of the best and most undervalued films of the 70s.” – Philip Concannon, BFI Member

Sweet Smell of Success January 2017 “The dialogue snaps and crackles. Burt Lancaster mesmerises and Tony Curtis gets his chance to prove what a good actor he is. A truly extraordinary film.” – Gavin Arthur, BFI Member

Born Yesterday September 2016 “Judy Holliday’s exceptional performance as Billie says so much about the contradictory messages of what it was to be a woman in Cold War America.” – Matthew Motyka, BFI Member

Rear Window August 2016 “This film holds a mirror up to our own voyeurism and inadequacies. By turns witty and scary, but always gripping - it’s truly perfect.” – Dion Blackler, BFI Member

Odd Man Out June 2016 “This is the greatest Irish political thriller on film, with a taut and tense plot and amazing performances." – G Benson, BFI Member

A Man For All Seasons March 2016 “I never get tired of watching it!” – David Ogle, BFI Member

The Women January 2016 “I would so like to be able to bring my daughters to a screening of this film.” – Tracey Phillipson, BFI Member

The Thing December 2015 “This film scared, repulsed and thrilled me in equal measure when I first saw it. Great setting, actors, special effects and a fantastic ending. A classic early Carpenter.” – Pam Creais, BFI Member

Groundhog Day October 2015 “This very clever and funny film, with Bill Murray at his best, introduced me to the American phrase, ‘It's a Doozy!’” – Tracy Richardson, BFI Member

Lost in Translation September 2015 “I love how being in a strange city connects these two lost souls.” – Amelia Hodgson, BFI Member

Top Hat August 2015 “This is the quintessential Fred Astaire and Ginger Rogers movie from the historic RKO studios. A masterclass in dance and song narrative.” – Lauren Brady, BFI Member

Don’t Look Now July2015 “It’s a film that continually reappraises relationships as you view it through the perspective of different ages!” – Madelaine Cooper, BFI Member

Pan’s Labyrinth February 2015 “This film is beautiful yet horrifying. Each time I watch it I gain something new. Sometimes it brings a tear to my eye, sometimes it make me angry and sometimes I just enjoy the adventure.” – Jonathan Love, BFI Member

Jules et Jim January 2015 “The first French New Wave film I ever saw and I loved it – the cinematography, the music and all the characters – especially, of course Jeanne Moreau.” – Hill Harris, BFI Member

No Country for Old Men November 2014 “A brilliant rendering of a world of no compromise.” – Leonardo Salvagnini, BFI Member

The Big Lebowski June 2014 “I find myself laughing at something new every time I watch it. Amazing direction and performances with countless one-liners.” – Sean Wilkinson, BFI Member

The Passenger May 2014 “I love this film’s disturbing yet romantic examination of what life would be like if you could switch places with another person.” – Lee Hill, BFI Member