Viola Davis and the late Chadwick Boseman look set to sweep the awards in this glorious adaptation of August Wilson's play.

The screening on 13 Dec 17:30 of Ma Rainey’s Black Bottom includes a pre-recored director and producer Q&A 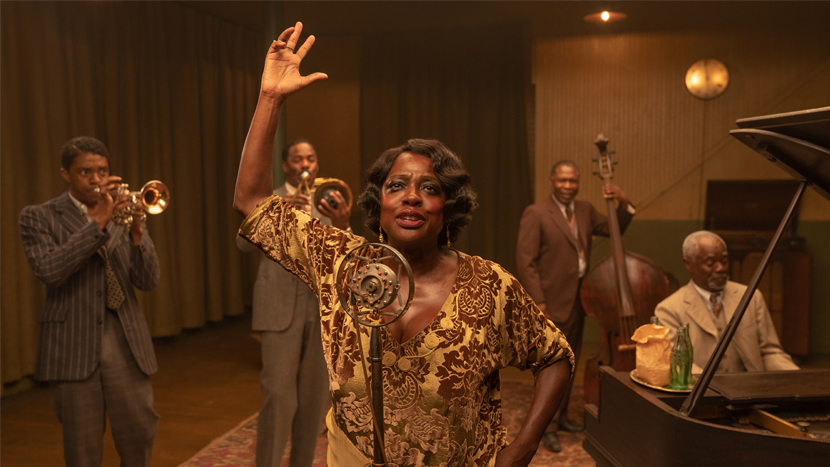 1920s Chicago is the setting for this adaptation of August Wilson's hit play that follows a band of musicians as they wait in a recording studio for the arrival of 'Mother of the Blues' Ma Rainey. Viola Davis gives an electrifying performance as Ma Rainey, the strong-willed blues singer at the top of her game and Chadwick Boseman in his final role is exceptional and heartbreaking as Levee, a trumpeter at the end of his tether, who dreams big but is unable to contain his inner rage. Ultimately, this talented group of musicians become a symbol for the many oppressed and exploited black artists over the last century. The film benefits from an outstanding script and two central performances that seem likely to be sweeping awards over the coming months.

All screenings of this film will have Audio Description. The Sun 6 Dec 13:00 Studio and Wed 9 Dec 18:15 Studio performances will be presented with HoH subtitles for the D/deaf or Hard of Hearing.