Director Sergio Giral takes us into a palenque, a settlement of escaped slaves hidden somewhere in Cuba’s eastern mountains. 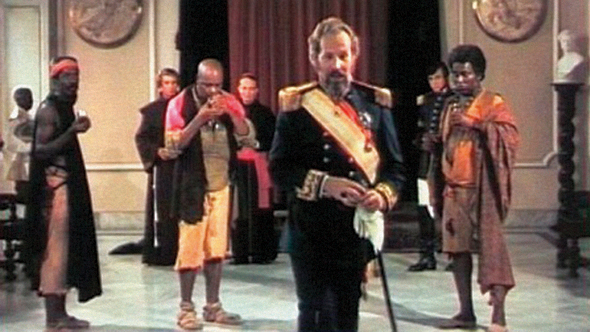 Giral is the best known of the black Cuban directors whose specialities were historical observations of the period of slavery in Cuba, the gradual rise of rebellion against colonial traditions, and the ultimate freedom that resulted. Maluala is the most striking addition to this genre and takes us into a palenque, a settlement of escaped slaves hidden somewhere in Cuba’s eastern mountains, where discord is sown between black ‘kings’ by clever subversives working for the Spanish government.

Documentary about the music and culture of the people of Palenque, the location of the first free slave (or Maroon) community in the Americas. With its own unique style of music and language, heavily influenced by its African heritage, it holds a unique position in the world and is today proclaimed by UNESCO as a Masterpiece of the Oral and Intangible Heritage of Humanity.

The screenings will be presented by Michael La Rose, author, cultural and political activist, and chair of the GPI.