+ extended intro: The Making of The Maltese Falcon

An expert adaptation and a star-making turn from Humphrey Bogart. 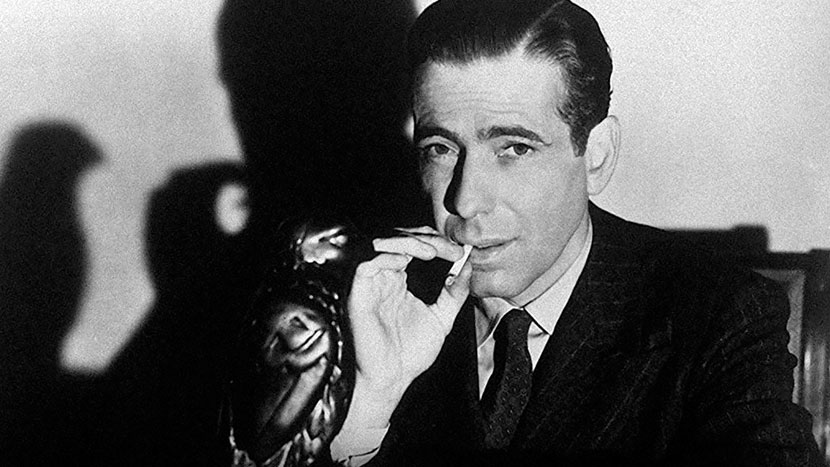 Join Adrian Wootton OBE, CEO of Film London, for a richly illustrated introduction and a fascinating look at some of the key figures behind this classic noir, including author Dashiell Hammett, director John Huston and the film’s unforgettable stars.

John Huston’s directorial debut, this year celebrating its 80th anniversary, turned Bogart into a major star. Adapted from Dashiell Hammett’s novel about a San Francisco detective’s investigations into the murder of his business partner, Huston’s snappily witty script retains the plot’s labyrinthine complexity while revelling in colourful characterisations of the villains Sam Spade encounters during his quest. Inspired casting includes Lorre as volatile Joel Cairo, Greenstreet as menacingly amiable Kasper Gutman, and Cook as his gunman. But it’s the fraught, febrile relationship between Bogart’s Spade and Mary Astor’s femme fatale – who persuaded his partner to take on her case – that shapes the deep, dark core of desire, doubt and duplicity pervading the film from beginning to memorable end.