Director Edgar Wright selects the titles that helped inspire his latest film, and invites you to explore London after dark. 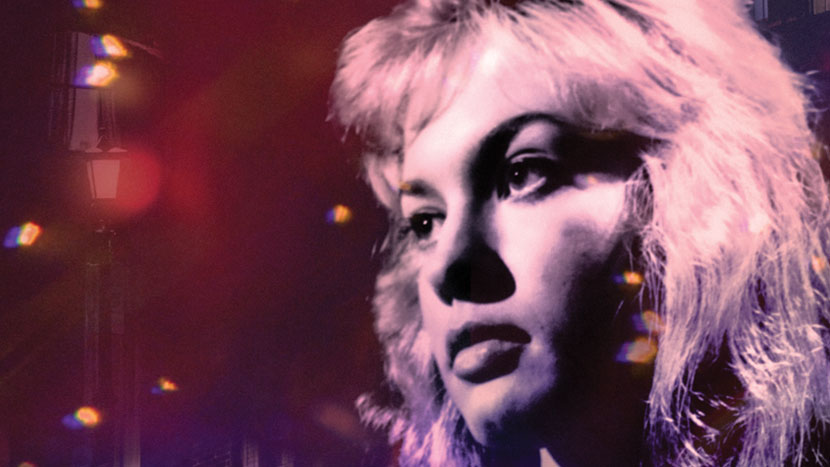 ‘Don’t hang around and let your problems surround you, there are movie shows... downtown’ Downtown, Petula Clark

My new film Last Night In Soho was born out of a long-held desire to fashion a story set in an area of Central London that I’ve worked in for the last 25 years, a district that I love and sometimes fear. The 1960s casts a long shadow on Soho and I’ve long been fascinated with the films of the period that peek into the darker corners of central London nightlife. This season represents a broad range of some of the films that inspired me; dramas, horrors, thrillers, even documentaries (of sometimes dubious veracity). So, as the nights get longer, disappear down some dark alleys with me...

Edgar’s notes on each film

West End Jungle UK 1961 Dir Arnold L Miller 55min Video 15 The first of a series of ripped-from-the-headlines tabloid documentaries exposing the titillating, but more often tawdry, secrets of the oldest profession made by Stanley Long and Arnold Miller. Despite much of it being faked for the camera, it’s still a spyglass back in time to the nightlife of the late 50s. Of particular note is the Café De Paris sequence, where idiotic rich businessmen are fleeced by a succession of hostesses, overpriced drinks and waitresses selling teddy bears. + Look at Life: Market Place UK 1959. 9min + Look at Life: Rising to High Office UK 1963. 9min

Primitive London UK 1965 Dir Arnold L Miller 84min Digital 15 Another Stanley Long and Arnold Miller exposé of the ‘real’ London, now with a Mondo Cane flavour that leaves you with whiplash as you veer from naughty glimpses of burlesque shows, to mods and rockers, to ‘wife-swappers’ and back again – all topped off with a very entertaining anthropological voiceover. A highly amusing peek into a Soho lost to the mists of time. Also available on BFI Player + Look at Life: Goodbye Piccadilly UK 1967. 9min

Passport to Shame (AKA Room 43) UK 1958 Dir Alvin Rakoff With Diana Dors, Herbert Lom, Eddie Constantine, Odile Versois. 90min 35mm 12A One of those rare B-movies that manages to live up to or even exceed the lurid promise of its title and poster. It finds an (American) London cabbie on a dangerous mission to rescue an innocent French girl tricked into prostitution, and also packs in Herbert Lom as a murderous pimp, Man Ray-style dream sequences and the first onscreen appearance of Michael Caine and Anne Reid (in a registry scene). Highly entertaining Soho hokum. Also available on BFI Player

The Small World of Sammy Lee UK 1963 Dir Ken Hughes With Anthony Newley, Julia Foster, Robert Stephens, Warren Mitchell. 107min Digital 12A Anthony Newley stars in the Uncut Gems of early 1960s Brit cinema. He’s a motormouth nightclub MC whose gambling debts are going to result in two broken legs. Thus we see Sammy run through his complicated life and loves to raise the money. A funny, gritty time capsule of 60s London, the shots of Newley legging it along Wardour Street in 1962 are worth the price of admission alone. Also available on BFI Player + Look at Life: In Gear UK 1967. 9min

Darling UK 1965. Dir John Schlesinger. With Julie Christie, Laurence Harvey, Dirk Bogarde, Helen Lindsay. 122min 35mm 15 Released in the very middle of the 1960s, this John Schlesinger film also feels like the very epicentre of the scene. Julie Christie’s Diana Scott seems like the girl who has it all, but being the life of the party isn’t all it’s cracked up to be. Just as the sixties were about to hit full swing, this sharp satire reveals the paper-thin reality of cover-story perfection.

Peeping Tom UK 1960. Dir Michael Powell. With Carl Boehm, Moira Shearer, Anna Massey, Maxine Audley. 102min. Digital. 15 Never has Technicolor felt so woozily, vividly hypnotic than in Michael Powell’s controversial shocker. It’s as easy to be seduced by the luscious visuals as the poor victims of Carl Boehm’s psychopath are drawn into their deadly photoshoots. Dark as it is in subject matter, the blazing primary colours of Soho and Fitzrovia depicted on screen are a delight. Also available on BFI Player

Bitter Harvest UK 1963. Dir Peter Graham Scott. With Janet Munro, John Stride, Alan Badel, Anne Cunningham. 101min 35mm 12A This film takes the centrepiece of Patrick Hamilton’s masterly London trilogy of novels, 20,000 Streets Under the Sky, updates it to the early 60s and then rattles through the turbulent events in a somewhat tidy 90 minutes. This simplification of the novel for maximum melodrama steers the film towards luridness, but it still has some queasily effective moments as it swan-dives into the stylings and attitudes of the period. + Look at Life: Coffee Bar UK 1959. 9min

The Pleasure Girls UK 1965. Dir Gerry O’Hara. With Francesca Annis, Ian McShane, Anneke Wills, Klaus Kinski. 87min. Digital. 15 A most entertaining example of the ‘young girl moves to the big city’ genre that was so common in 1960s British cinema. This one is a little more wholesome and affectionate than its racy title and poster suggests, but as a snapshot of mid-60s London just before the scene explodes, it’s truly fascinating. It features a cast of very fresh famous faces such as Francesca Annis and Ian McShane, a pre-Doctor Who Anneke Wills, Hammer glamourpuss Suzanna Leigh and the darkly charismatic (when is he not?) Klaus Kinski. Also available on BFI Player + Look at Life: Members Only UK 1965. 9min

Simply quote BFISOHO to enjoy 25% any coffee – valid until 30 November.