Leader of the pack: Running a set as a director

Join us for a masterclass with Dan Attias, director of episodes of classic TV shows including The Sopranos, The Wire, The Marvelous Mrs Maisel, Lost, True Detective, The Boys, and Six Feet Under. 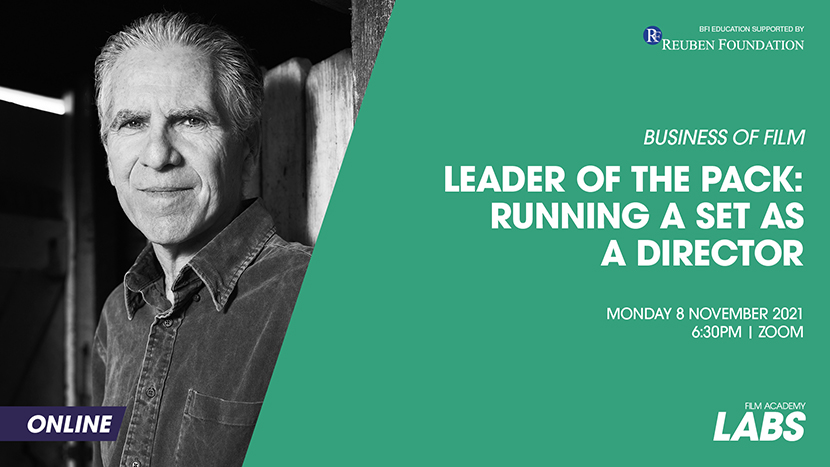 Director Dan Attias has been a director of film and television for 37 years. He has directed episodes of a stunning number of classic TV shows, including The Sopranos, The Wire, The Marvelous Mrs Maisel, Lost, True Detective, The Boys, and Six Feet Under. He’s received a Directors Guild of America award for outstanding directing of dramatic television, and a number of Emmy nominations to boot.

We are so honoured to have Dan present our November Lab masterclass, all about how to run a set as a director. On set, the director is the leader; they’re responsible for delivering the film’s creative vision, and they need to work closely with all departments in order to bring it to life. This responsibility can feel overwhelming for new directors, but Dan will talk you through everything you need to know before you even set foot on set.

Learn about communicating across departments, what you need to be thinking about (and not thinking about!), and the appropriate way to collaborate with specific people on set, from the Director of Photography and art department through to the runners.