Love takes a dizzying turn in this enchanting directorial debut. 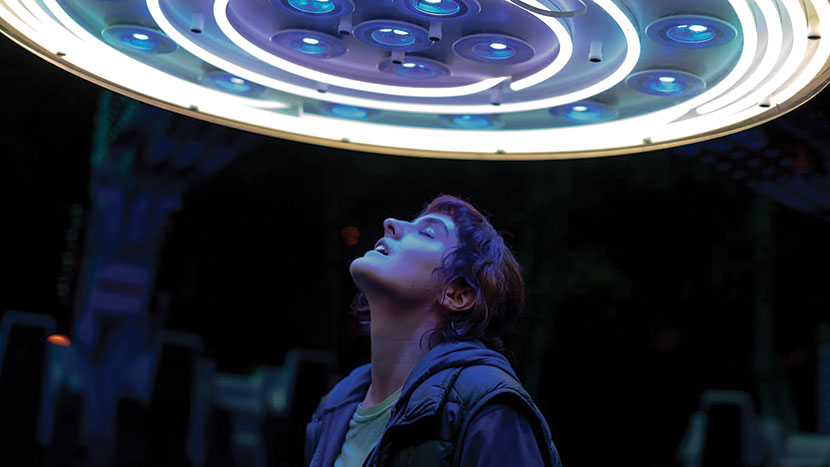 Zoé Wittock’s debut feature is a disarmingly enchanting psychosexual tale of a young woman who falls in love with a fairground ride. Jeanne Tantois (Merlant, Portrait of a Lady on Fire) lives with her mother in Luxembourg, just across the border from France, and works at an amusement park by night where she cleans the giant, illuminated machines. A shy loner who’s been let down by all the men in her life, Jeanne develops a physical and emotional attachment to a ride that she names ‘Jumbo’, and finds fulfilment and a perception of love that’s been missing in her human relationships. Wittock’s take on objectophile love proved a success at the Sundance and Berlin Film Festivals, and marks the director as a talent to watch.