A lean little ode to drugs, sex, and diamonds starring William Powell and Kay Francis as a gentleman thief and the posh lady who falls for him. 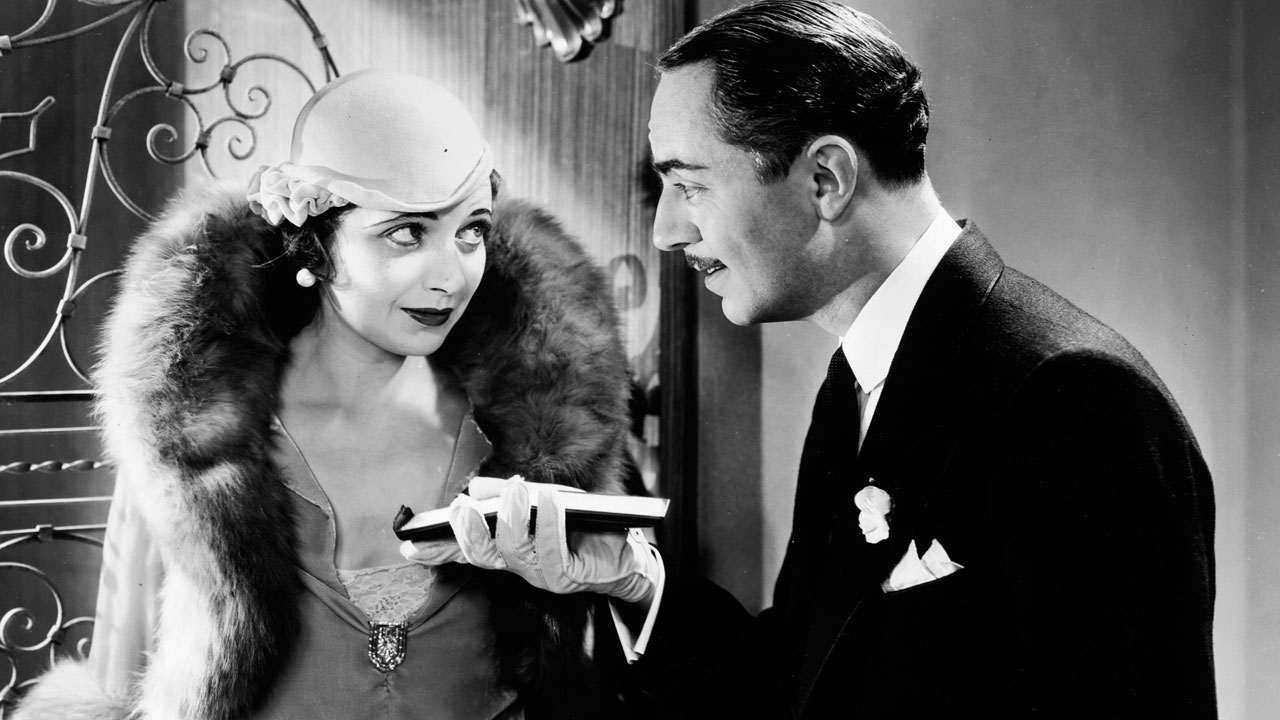 “In the morning, a cocktail. In the afternoon, a man.” One of the rare Pre-Code films set in Europe, Jewel Robbery is the story of a Viennese lady (the mischievous Kay Francis) caught in the midst of a diabolical jewel heist by a gentleman thief, played by the ever-charming William Powell. Casually wreathing its characters in marijuana smoke and unabashedly mentioning their extramarital affairs, the Warner Brothers tagline for the film teased: ‘He stole her jewels....but that’s not all!’ Francis, terminally bored by her older, wealthy husband, gets a rapturous glint in her eye at the thought of a scandal, nevermind the dangerous flirtation with Powell that ensues. Featuring a cheeky direct address to camera and a joyfully sinful conclusion, this was the fifth of seven film outings for the crackerjack pairing of Kay Francis and William Powell. At a bite-sized 70 minutes, this heist caper is the kind of sultry amuse-bouche that leaves you wanting more in the best way.

The screening on Friday 12 August 21:00 NFT1 will feature a pre-recorded intro by Christina Newland.