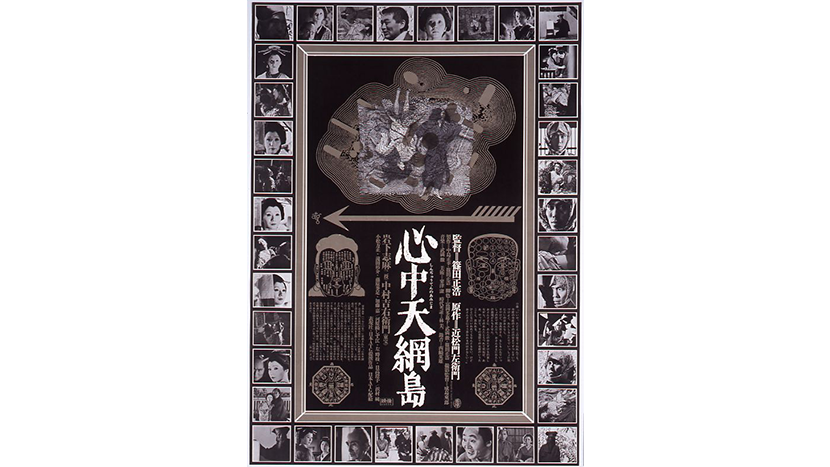 We are delighted to welcome Hidenori Okada from the National Film Archive of Japan for a richly illustrated talk about the history of Japanese film posters in this special free online event. While sharing the treasures from the Archive's posters collection, Mr Okada will discuss the development of Japanese film posters by eras, investigate the differences between posters for popular movies and arthouse films, explore poster designs for some of the most well-known Japanese films, and introduce the most famous poster designers working in Japan across the decades. Following the talk, Mr Okada will be in conversation with the BFI National Archive's Espen Bale and will also answer audience questions.

Hidenori Okada is the Curator of Film at the National Film Archive of Japan, and has curated exhibitions on film culture since 2007. He is also a film writer and historian, whose publications include 'The Thing called Cinema' (2016), 'Not That Way, But This: The World of Filmmaker Hisao Yanagisawa' (Co-editor, 2018) and 'Chris Marker, Cinéaste Nomade et Engagé' (Co-author, 2014), in addition to being a contributor to numerous academic papers.

Espen Bale of the BFI National Archive is also an independent writer and researcher specialising in Japanese experimental film and music. He holds a Master's degree in Japanese Studies from SOAS, majoring in post-war Japanese Cinema and the Avant-garde. Since then he has written on the short films of Toshio Matsumoto as well as the lives of Kon Ichikawa and Kazuo Hasegawa, the film 'Funeral Parade of Roses', and Akio Jissoji's film 'Poem' for the BFI and Arrow Films.

This event is a part of Perspectives from Japan: An Online Events Series. The series, presented by Japan Foundation and BFI Southbank, spotlights the other side of Japanese films. See Kinema Junpo and Film Criticism in Japan: In Conversation with Yuko Sekiguchi.

If you would like to attend this free online event, please register above by Thursday 18 November 13:00. We will send you a link to access the Zoom webinar closer to the event date.

Please note that following this event, we will email a survey to attendees on behalf of the Japan Foundation, our partner for BFI Japan 2021: 100 Years of Japanese Cinema.