African Odysseys presents a collection of films which speak to the Black Lives Matter movement in the UK and the world. 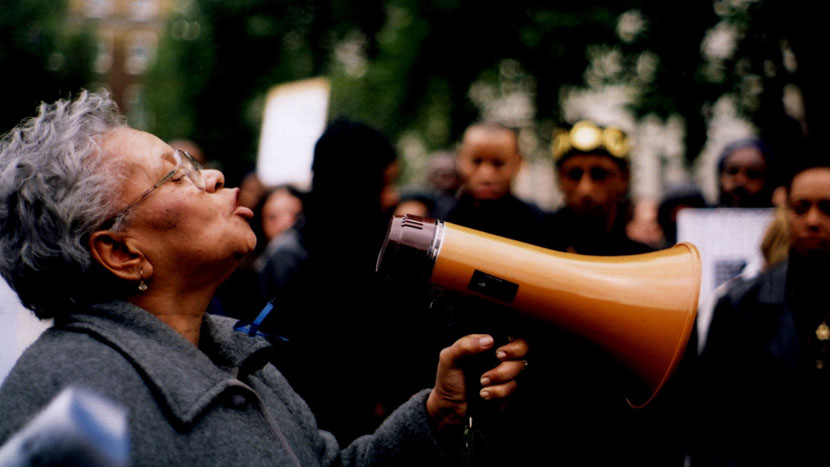 Now in its 14th year, our African Odysseys programme strand often champions polemical films which challenge the status quo. Utilising the expertise of community activists, our programme has long dealt with the subject of police brutality and institutional racism. The reaction to the murder of George Floyd has catapulted these issues back into the mainstream agenda. However, the UK is not ‘innocent’ and independently produced civil-rights films from Ceddo and Migrant Media (featured in this season) were banned. Such titles were selected for the 2018 African Odysseys’ Black and Banned season. Director Ken Fero’s seminal films (of Migrant Media) along with panel discussions were featured in the African Odysseys strand in 2014. For these reasons we revisit the Black struggle for human and civil rights and link it with the international fight against racial injustice, with titles from as far afield as Australia and Brazil.