Proceed with caution! Takashi Miike’s controversial, boundary-pushing gangster horror-comedy is not for the faint of heart. 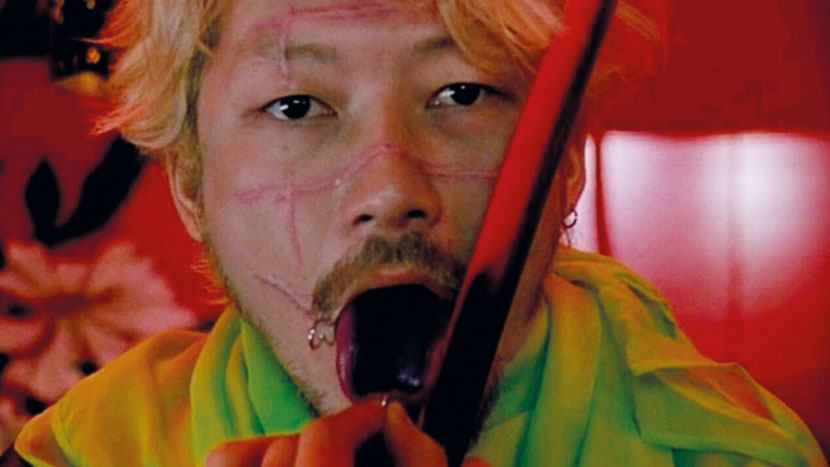 A hitman goes on a killing and torturing spree in order to find out who kidnapped his boss in this adaptation of Hideo Yamamoto’s ultraviolent manga comic Koroshiya 1a. Miike’s wildest cinematic ride is also one of his most disturbing: this boundary-pushing gangster horror-comedy infamously required many BBFC cuts on original release. Filmmaker Shinya Tsukamoto – whose seminal body-horror cyberpunk creations like Tetsuo the Iron Man inspired much of Miike’s work and other filmmakers during the J-horror boom of the 90s-00s – is cast as Ichi’s handler.