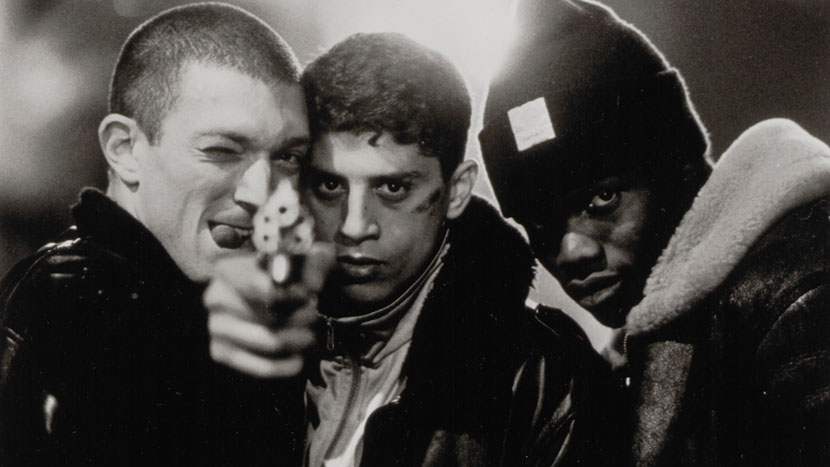 Turning the camera away from iconic Paris to the concrete banlieue, Mathieu Kassovitz’s second film as a director changed the cultural landscape of French cinema when it landed at the Cannes Film Festival in 1995, where it won the Best Director prize. Taking place over the 24 hours following the police shooting of a young man, Kassovitz shows the world through the eyes of three friends, Arab, Jew and Black, frustrated at politicians and the media excusing police brutality. The black-and-white visuals, thumping hip-hop soundtrack and graffiti-lined streets underscore the urgency and rebellion at the heart of this game-changing classic.

The screening on Saturday 12 September 17:20 will be followed by a Q&A with the director. See further screenings of this film.