Gothic: The Dark Heart of Film 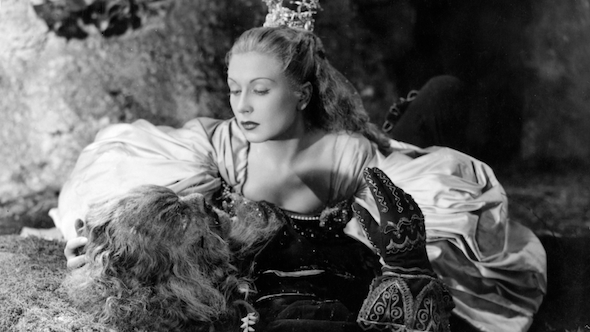 Dracula and Frankenstein were transformed by film and television into towering myths. Vampires, werewolves, and the living dead rampaged through 20th-century culture, breaking taboos and upsetting the censors. But today monsters have become our heroes and our fairy tales are nightmares; young people are schooled in the Dark Arts at Hogwarts, and get their sentimental education from the undead.

The great vitality of these stories lies in their forging of monstrous archetypes into profound modern fables about our fears and beliefs, struggles and torments. Beyond the characteristic Gothic atmosphere of gloom, it is these archetypes, drawing on the uncanny to express anxieties with reality, the limits of perception, and the nature of evil, which return to our screens, transforming to produce new sub-genres. Gothic is the mother of horror, but it is the mysteries of the past, the pleasures of the macabre, the psychological dimensions of fear, and what Coleridge termed ‘desire with loathing strangely mix’d’, that set the Gothic apart from her more visceral offspring.

The Dark Heart of Film explores Gothic film and television over four months, and across four themes – MONSTROUS, THE DARK ARTS, HAUNTED and LOVE IS A DEVIL – and highlights a range of sub-genres over 13 programme selections. Celluloid always fulfilled the most deep- rooted Gothic fantasies, conjuring ghostly forms, capturing spirits of the living, and re-animating the dead. The bravura style of German Expressionism, and the legendary horrors of Universal Studios and Hammer Films are celebrated here as part of a wider thematic exploration of Gothic film. Television’s embrace of the Gothic is just as vital, keeping fidelity to the literary classics through serial form and taking risks on haunting short stories. It was Buffy, after all, that really kick- started our present infatuation with the un-dead. Now a pervasive phenomenon across a bewildering range of media, the Gothic is everywhere. It’s Alive!