Please note we will be screening the restoration of this film on 35mm. The running time of this version is 92min (not 72min as per the Guide). 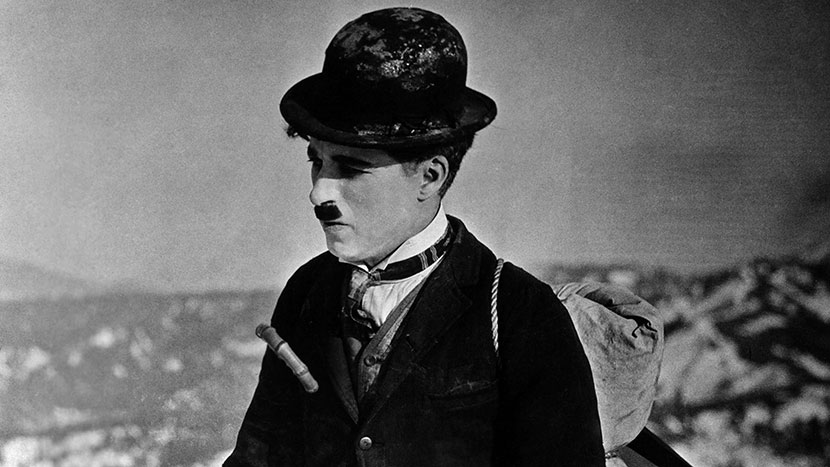 The ‘Lone Prospector’ (Chaplin) heads off to join the gold rush in Klondike, where he hooks up with a criminal and the recipient of a large gold haul. While an ice storm rages outside, the three men begin a struggle to secure the spoils. Chaplin’s ‘epic comedy’ was his greatest success of the silent era, and its classic sequences include the prospector’s cabin on the brink of disaster, and staving off starvation with the help of a shoe.

The Gold Rush was released in 1925. Chaplin reissued it with synchronised music and narration in 1942. He removed all the titles, rearranged some sequences and discarded several scenes. The original 1925 version disappeared. But a 35mm copy had been made by a private collector. By using this together with the 1942 reissue, and three fragments preserved by the National film and Television Archive, it has been possible to reconstruct the film almost exactly as Chaplin first released it. The picture quality also varies considerably between the different sources. The subtitles have been remade with the original wording. This is an opportunity to see Chaplin's masterpiece close to its original form, but it should still be regarded as 'work in progress'. Kevin Brownlow & David Gill / Photoplay Productions.

See other screenings of The Gold Rush.