+ intro by Tilda Swinton and additional collaborators of Derek Jarman

Derek Jarman’s masterly film reimagines the life and death of Christ as an allegory for the persecution of gay men. 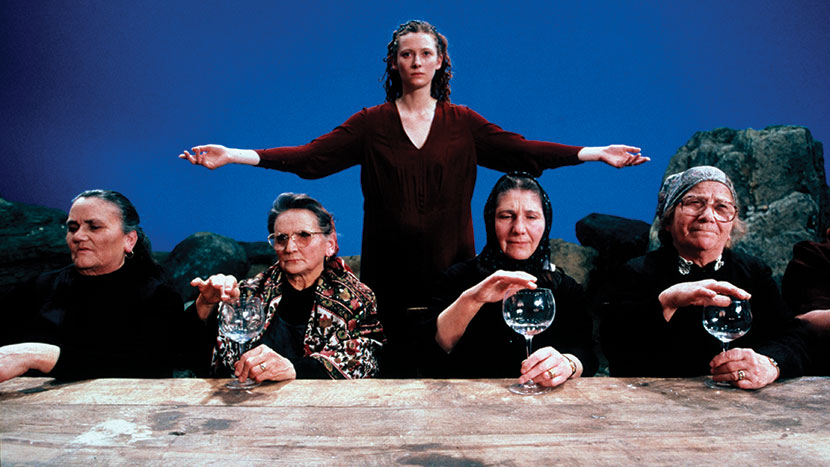 Jarman’s tour-de-force contemplates his development as an artist and his own mortality, while reimagining the life and death of Christ as an allegory for the persecution of gay men. Jarman reinvents many religious icons, among them a skullcap-wearing Madonna – played by Swinton – who wanders the shingle shore of Dungeness.

+ ‘Depuis le jour’ from Aria UK 1987. Dir Derek Jarman. 6min A veteran opera singer performs an aria from Gustave Charpentier’s Louise, while remembering a love affair she had as a young woman (played by Swinton).