+ intro by Eden and Andrew Kötting

Andrew Kötting takes a terrific, twisting coastal tour of the UK with his family. 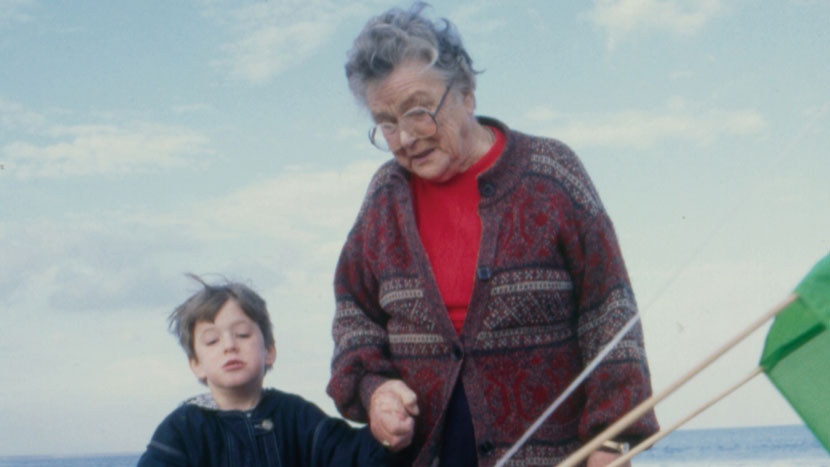 A road movie truly like no other, Gallivant chronicles Andrew Kötting’s journey around the UK’s coastline, with his eccentric ‘Big Granny’ Gladys and young daughter Eden, who has Joubert Syndrome and communicates through sign-language. The route, which starts at Bexhill-on-Sea and takes in a cacophony of idiosyncratic coastal locales, customs and characters, may be mapped out but very little else is. Embracing absurdity, a degree of chaos and even personal injury, Kötting creates a joyous, highly-irreverent late twentieth century version of Humphrey Jennings’ Listen to Britain, where difference is not to be feared; rather it provides the route to common ground. Shot on Super 8 and other lo-fi formats and incorporating sound-samples and archive footage, Stewart Lee calls Gallivant one of the ten best films ever made. We celebrate the 25thanniversary of this incredible folk portrait of the UK and the filmmaker’s family with a very rare screening of a 35mm print from the BFI National Archive.

Kötting will sign copies his of new book Quantum Shenanigans, available from the BFI Shop, after the screening.