You’ll want to jump out of your seat and dance along to this heart-thumping 80s classic. 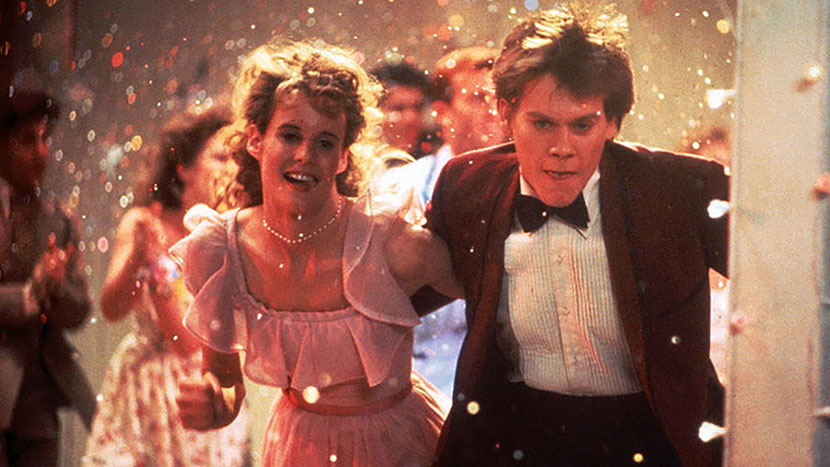 Ren (Bacon) moves from Chicago to a small town in America’s south west and is shocked to find that the local minister has issued a ban on dancing and rock music, especially as Ren loves to dance. Ren falls for the reverend’s rebellious daughter (Singer) and before long we’re treated to chicken runs in tractors, religious fervour and, of course, a whole lot of dancing. The move from guilty pleasure to fully-fledged cult classic has seen Footloose’s position in film history cemented over time.