Gordon’s alive! And back on the big screen where he belongs.

Sadly, due to unforeseen circumstances, Mike Hodges is no longer able to attend the screening on Saturday 7 May. 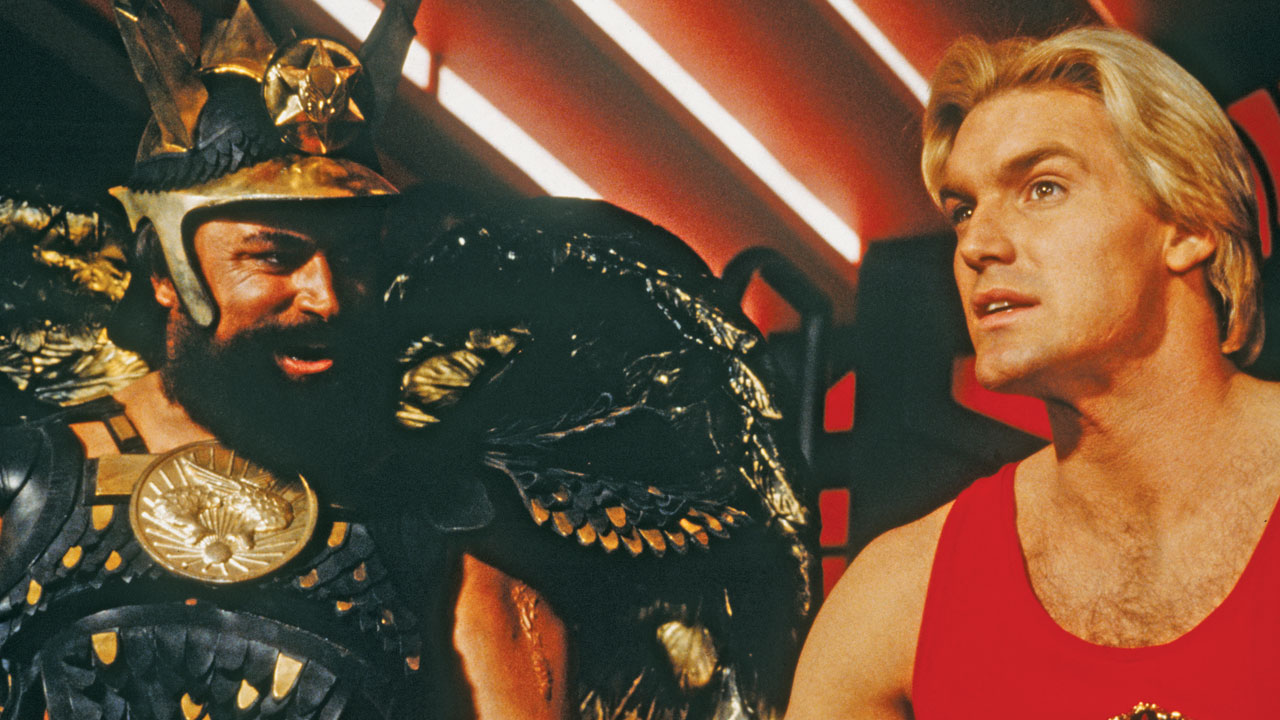 Alex Raymond’s popular comic-strip character bounds on to the screen to heroically save the earth from Ming the Merciless, ruthless ruler of the planet Mongo. Hodges directs with verve and wit, Queen provide the memorable score and Fellini’s frequent collaborator Danilo Donati provides ravishing costume and set designs. Packed full of quotable lines, massive cult appeal and an incredibly recognisable cast, Flash Gordon has to be seen to be believed.

This children’s TV serial saw Hodges working with actors for the first time, and his use of rock music anticipates his collaboration with Queen 12 years later in Flash Gordon. Written by Hodges’ friend Trevor Preston, the story follows three young people on the trail of a baddie, which takes them all over 1960s London.