A Date with the Devil: Darcus Howe’s Journey from Black Power to Broadcasting

A day of talks, screenings and conversation about the extraordinary life and career of Darcus Howe. 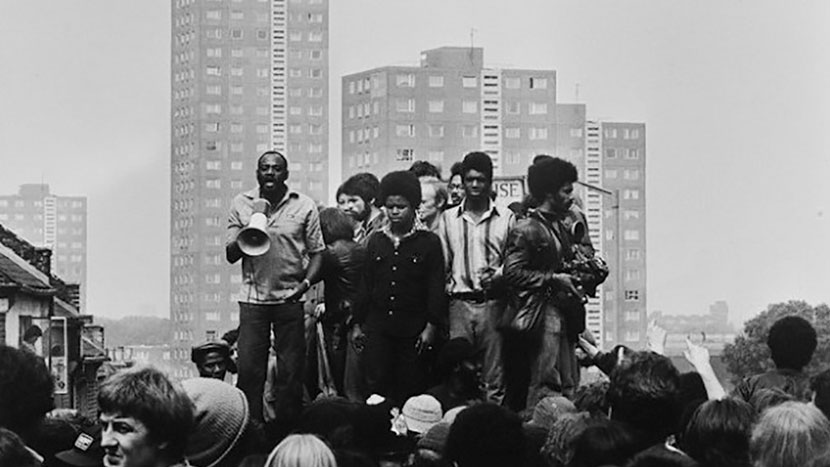 Born in Trinidad during the dying days of British colonialism, Darcus Howe settled in the UK in the 1960s. As an activist he was central to organising political campaigns, including the historic Mangrove Nine trial and The Black Peoples’ Day of Action, 1981. Howe also became a household name with a career in broadcasting that spanned three decades from the 1980s. His politically provocative and penetrating stance was richly imbued with his passion for literature and the arts, and he brought poets, musicians and his mentor CLR James to the fore. Changing the face of TV, Howe created stimulating programming that stands as a landmark in enlightened broadcasting. Join Tony Warner, of Black History Walks, and assorted special guests for a day in which we explore Howe’s activist years and examine how they connect to his work in TV through talks, interviews and a wealth of clips with contributions from key figures including writer and exec producer Farrukh Dhondy, and Race Today Collective founding member and fellow activist, Leila Hassan.