The Doctor’s greatest foes arrive on Earth to brainwash and dominate the human race. 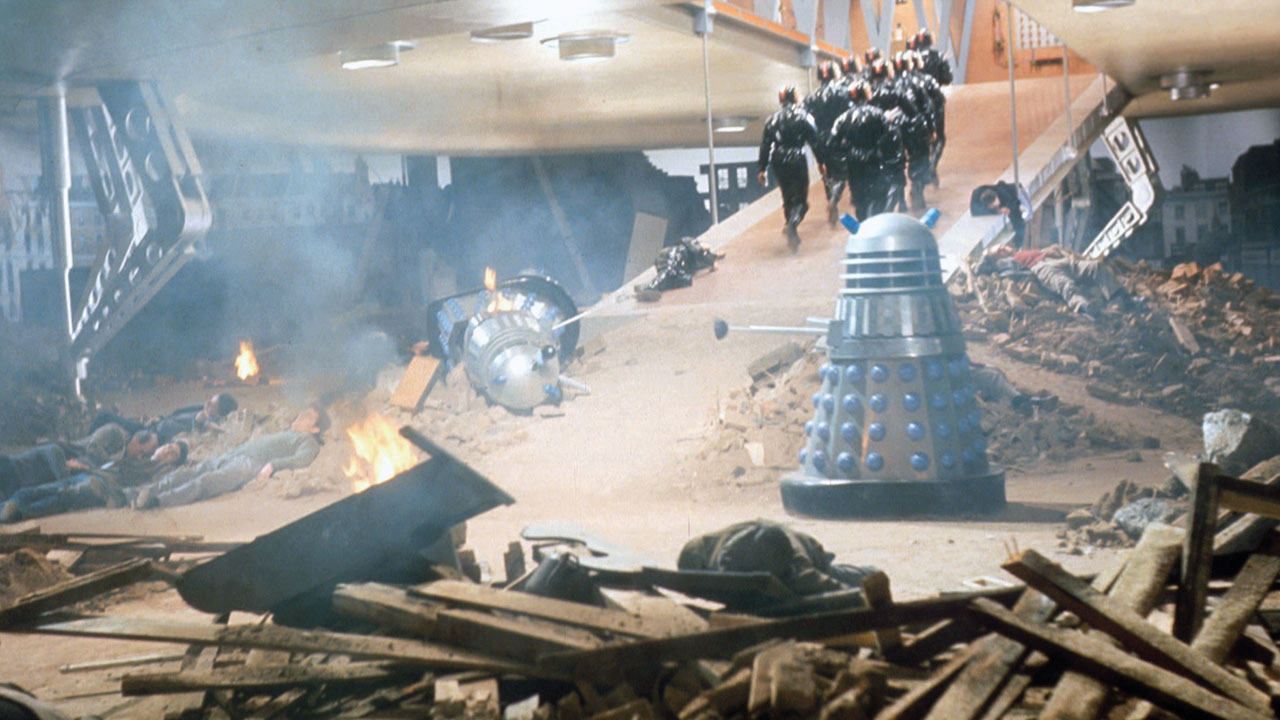 A year after Dr. Who and the Daleks, the Doctor’s most persistent foes returned to the cinema, this time arriving on Earth itself having travelled forward in time to 2150. The Daleks brainwash their human prisoners into becoming servile Robomen who do their bidding, while others have formed a resistance movement and try to sabotage their evil plans. A planned third film sadly never materialised, but these two movies thrilled audiences desperate to see their heroes in colour on the big screen.

Roberta Tovey and Jill Curzon will be doing a signing following this screening. Pricing to be confirmed.