Malcolm McDowell stars as a delinquent who drives his droogs towards mindless violence. 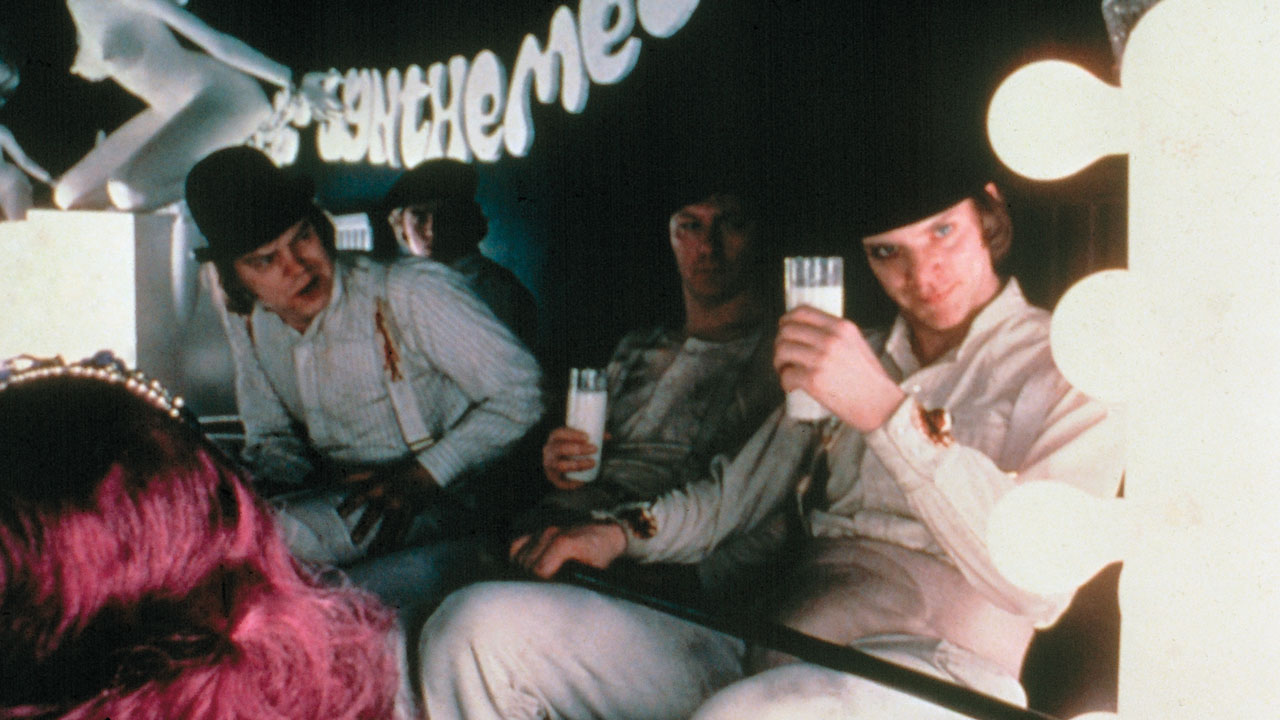 Set in a flamboyantly stylised near-future where boisterous gangs of disenfranchised teenagers revel in acts of ‘ultraviolence’, Kubrick’s adaptation of Anthony Burgess’ novel remains an unsettling cinematic experience. The protagonists’ delinquent antics are the jumping-off point for a chilling social satire on psychological conditioning and social control, but Beethoven-loving Alex (McDowell) and his ‘droogs’ became cult antiheroes for a generation when the film was withdrawn from distribution amidst accusations that it had inspired copycat crimes. Bowie would copy everything from costumes to poster art in his creation of Ziggy Stardust.